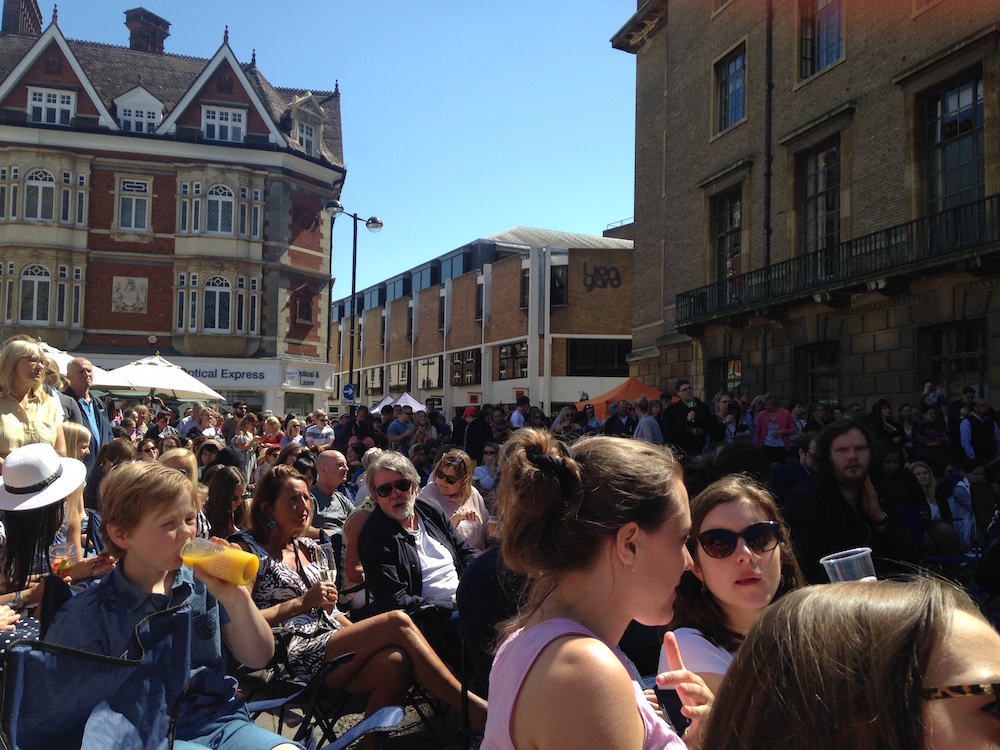 Yesterday on my bike in search of treasures in town, passing through the Cambridge market square I saw a huge TV screen with rows of union jacks flapping in the wind. But of course, this was the Royal Wedding.

They were handing out foldout chairs so I hightailed it to Caffé Nero (my daughter works there) got my “Americano” coffee, a biscotti, and settled in for the ride. It was magnificent!!! And with Meghan Markle, wearing Queen Mary’s Diamond Bandeau, what a historical day. 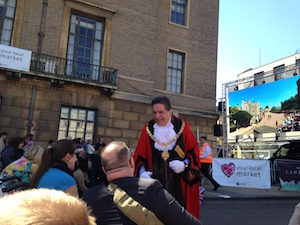 In perfect weather out on market square with the BBC, I was in heaven. And while Bishop Michael Curry droned on a bit and the Brits all around me were groaning, the singing, pageantry and sheer beauty of it all was so spectacular. Cambridge mayor, Councillor George Pippas, appeared in full regalia greeting his people.

Back to British jewels though, did you know that London was not its only manufacturing centre?

In Birmingham, a town known for a thousand trades, the most prominent of which was jewelry. There it was on my map smack in the middle of England. So as a jewelry historian and dealer, I had to visit.

At 7:58am I hopped on the Cross Country train for a two-hour and forty minute ride to check out the jewels and the lay of the land. Emerging from the spacious New Street Station, I followed my trusted map on foot to my first destination, Aquinas House, at 63 Warstone Street, built in 1882 for the jewellers J H Mole by Frederick Proud. I had a silver dealer to visit there. 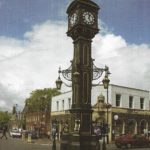 Then continuing down the lane, I looked up see a wonderful freestanding clock, How British! The Chamberlain clock sits dead center of the Jewellery Quarter on a roundabout, like a mini Big Ben.

From very modest beginnings (Birmingham was famously valued at 1 pound in the in the Domesday book of 1086), this multi-block area is now populated by jewellers, goldsmiths, silversmiths, engravers, enamellers, polishers, bullion merchants and more, operating cheek by jowl as they have for 200 years.

What began as a brisk trade in buttons and buckles (or toys as they were then known) rapidly flourished into a major precious metalworking center thanks to King Charles II who brought the fashion from France after being exiled there until 1661. By the 20th century Birmingham was the busiest British jewellery making hub in the world. Although smaller now, it still is.

A must see for those of my ilk is the Museum of the Jewellery Quarter on Vyse Street, the site of two former jewellery workshops, including that of 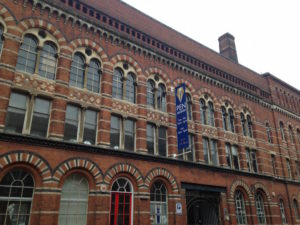 Smith & Pepper which was founded in 1899 and then completely recreated and preserved in its original state when its owners called it quits in 1981.

And yes, Royal Families of Britain have patronized Birmingham jewellers for decades. Even Beyoncé is a fan! But it wasn’t for a tiara,– rather she spent £ 200,000 on a pair of diamond encrusted dancing shoes to wear in a video.

How I would have loved to take that guided tour, but my train was leaving at 3:22pm giving me less than hour to explore. So, I zipped through the displays upstairs, taking as many pictures as possible of the vesta cases, the silver-making process and the history of this fascinating industry.

An enchanting visit for certain, but far too short.

Fortunately, the tours I lead throughout Russia (and soon France and definitely England) help to remind me that I can always come back and have pleasure of introducing others to these same sites – next time at a much more leisurely pace.

Discover more about my upcoming tours – we currently have several new tours planned for St. Petersburg, but check back frequently for new locations and adventures.

P.S. Do you love the fascinating and historic stories of exquisite jewelry and treasures from Russia?

About the Talk: Marie E. Betteley Graduate Gemologist, GIA as she recounts her life surrounded by jewels, Fabergé and Russian treasures. Marie and husband David Schimmelpenninck van der Oye are co-authors of the forthcoming book Beyond Fabergé, Imperial Russian Jewelry.

You can also visit my lectures page anytime to access my speaking calendar and explore my topics. Should you be interested in booking me to speak to your group or at your event, you can always reach me through my contact page or at marie@mariebetteley.com.