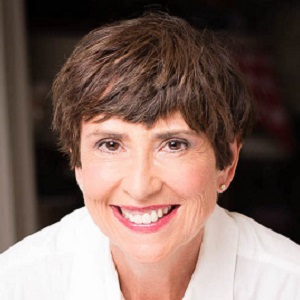 Marie was born in Paris and is a third generation jewelry dealer who grew up in a world of Russian treasures.

In fact, she spent her teen years on the grounds of Hillwood Museum & Gardens in Washington DC where her father served as Director after bringing his family to the U.S. from France.

Hillwood holds one of the largest private collections of imperial Russian decorative arts outside of Russia and Marie explored every corner, becoming increasingly fascinated by what she encountered.

This deep interest resulted in Marie earning a BA in Art History from The George Washington University and upon graduation she embarked on a path that has turned out to be as unique as her childhood.

Marie began her adventurous career at the New York branch of the famed Christie’s auction house – doing what any eager to learn but “inexperienced” young person might be tasked with: answering the phones.

Yet Marie could not have been happier. This was her foot in the door and she was determined to make the most of it.

Her supervisors quickly noticed her enthusiasm and talent for organization and invited her to catalog for the silver department. But Marie wasn’t going to stop there. She applied to the Gemological Institute of America and when her supervisors learned she was studying for a Graduate Gemologist diploma at the GIA, they asked her to catalog gems.

Meanwhile, the head of the Russian department at Park Avenue Christie’s (the flagship American location) heard about Marie’s quick rise in the company and put two and two together.

Realizing that this talented young woman was also the daughter of noted Hillwood Director Roy D.R. Betteley, and that her significant background was being applied to cataloging tasks, she brought Marie to work with her in the Russian department. It could not have been a more ideal fit – as Marie shares:

Even when I was cataloging gems, I was always most attracted to those from Russia. Historically, Russia had the richest court in Europe, but because so many treasures were melted down or simply disappeared during the revolution, I knew there was a story behind each piece. Wondering about that story sparked my interest even further.

While Marie loved every minute of her time at Christie’s, after 10 years she decided to launch her own business, opening a gallery in New York and trading in Fabergé and jewels.  Today, Marie is a leading authority of Russian jewels and Imperial Russian decorative arts and consults for auction houses, museums and private collectors worldwide.

Of course, her French heritage also comes into play.

With a French mother and fluency in the language, Marie always had a passion for France and knows the country and culture inside-out. In fact, she visits Paris multiple times per year, immersing herself in auction houses and appreciating French jewelers for their high-quality jewels, fine gems and exquisite taste.

Clearly, Marie has that same level of discernment:

When you’re working in this business you have to decide what’s good and what’s not very quickly. That’s where my experience comes in. I use my knowledge, but also my eye, and thoroughly test everything I sell to ensure it’s authentic.

And Marie’s eye for beauty extends even beyond Russia and France. As she puts it:

I buy what I like – if it’s exquisitely made and I love it, I buy it. Quite simply, I go for beauty, if it has a story, even better.

Marie’s book, Beyond Fabergé, Imperial Russian Jewelry, will be published in 2020. To be first to get your copy, click here and we’ll keep you up to date on the book’s availability.