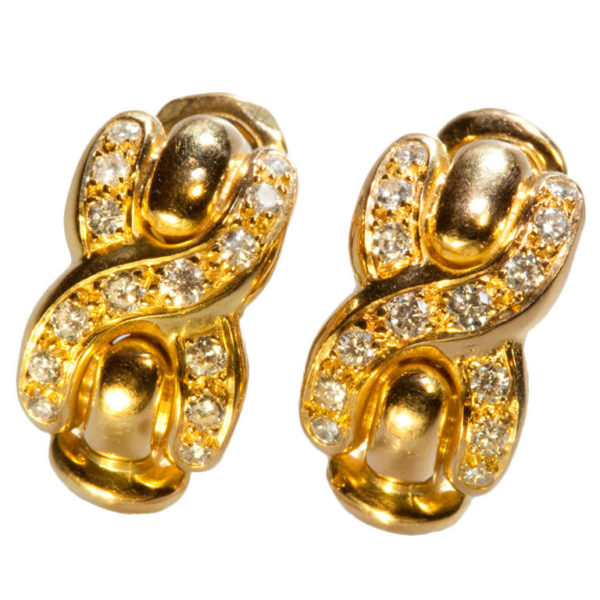 A pair of scintillating 18k gold earrings, each in the form of an X or “croisillon” motif set with fourteen round sparkling diamonds, the reverse fitted with posts and clips for extra security, by the Parisian dress designer, Louis Feraud.

For a matching French gold and diamond ring by FERAUD see RFD121.

Louis Féraud (1920-1999) was a Parisian fashion designer and artist. In 1950, Louis Féraud created his first “Maison de Couture” in Cannes and by 1955 had established a couture house in Paris on 88, Rue du Faubourg Saint Honoré (see image) and 57, rue Pierre-Charron. From the mid-1950s he was dressing the Parisian elite and designed the wardrobe of Brigitte Bardot for many of her movies. Examples of his jewelry are rare.