Marie Betteley is a sought-after speaker and lecturer who loves sharing her expertise and passion for rare jewels and treasures, the amazing stories behind them and the art of collecting with audiences across the globe.

As a graduate gemologist, authority of Russian jewels and consultant to auction houses and museums, Marie’s reputation in the field is second to none. Above all, she knows how to bring the stories behind periods, pieces, craftsmanship and her own experience to life, engaging and inspiring those in attendance with both her knowledge and her warm, captivating style.

“I was at the Jewelry History Series in Miami and just wanted to say that I enjoyed your presentation on the Russian jewels. You did a outstanding job!-Peter of Peter Indorf Designs

English Translation: “Congratulations on the presentation of last Tuesday. It was very interesting and you knew how to transmit your love of Russian jewelry.

”Marie, Your talk was so incredibly interesting and well done. Thank you! Can’t wait to discuss more. I’m so glad you did this. It was a gift to all of us here at Clare Hall!- A.S.

The Fate of the Russian Crown Jewels-New Discoveries

Be the first to discover the most recent information on the spellbinding story of the missing Russian Crown Jewels.  Marie will trace the provenance with new material from the Kremlin archives of these magnificent historic treasures the bulk of which were sold to the west between 1927 and 1936. Marie is thrilled to present this live to an audience for the first time. For more on the Russian Crown Jewels, visit her blog. 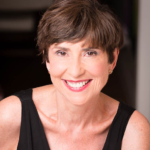 Marie is available to speak on a wide variety topics, including:

The Dazzling Jewels of Imperial Russia

Imperial Russia evokes images of a vanished court’s unparalleled splendor: Fancy dress balls, magnificent tiaras, gem-encrusted necklaces, snuff boxes and other diamond studded baubles from the tsars and tsarinas. During that time, jewelry symbolized power and wealth, and no one knew this better than the Romanovs. In fact, the Imperial era marked the high point of the Russian jewelers’ art. For nearly two hundred years, Russian goldsmiths perfected their craft and soon the quality of the imperial capital’s jewelry equaled, if not surpassed, the best that Paris, London, Rome and Vienna could offer.

Carl Fabergé has long claimed the role of Russia’s most famous court jeweler. Little is known about other Russian imperial jewelers of which at least forty worked for the Tsar. The most prominent among them was Bolin. Unlike Fabergé who served the last two tsars of Russia, the House of Bolin produced jewels for not two but seven consecutive Russian sovereigns beginning with Catherine the Great. And incredible as it may seem almost 100 years after the Bolshevik Revolution, Bolin still continues today in Stockholm. Originally from Sweden, Bolin is known as the oldest, still active jewelry house owned by the same family in history.

My Life with Russian Jewels

Join Marie Betteley, leading expert on Russian jewelry, Fabergé and works of art for this engaging look at her life and career. Marie has handled some of Imperial Russia’s most precious treasures and will tell you about how to separate the real from the faux. From one of the few authorities on Russian jewels outside of Russia, you will learn valuable lessons on how to recognize the best and stay away from the rest.

Book Tour for Beyond Fabergé: Imperial Russian Jewelry (dates to be announced)

Explore the fascinating world of Romanov era jewels and treasures with noted expert Marie Betteley. Current topics will relate to her new acquisitions. Let Marie shed light on glittering treasures from the land of the Tsars and on little known Russian master jewellers and silversmiths. This short talk will feature new information from Marie’s forthcoming book Beyond Fabergé: Imperial Russian Jewelry.

St Petersburg: Land of the Finest Jewels and Treasures

The imperial age marked the high point of the Russian jewelers’ art. For nearly two hundred years, from the beginning of the reigns of the empresses in the 18th century until that of Nicholas II in the early 1900s, St Petersburg was the centre. While its workmasters adopted many of their styles and skills from the West, they were not mere imitators. Within only a few decades the quality of the imperial capital’s jewellery equaled if not surpassed the best that Paris, London, Rome and Vienna could offer.

As we most often associate Fabergé with the tsars of Russia and Europe’s kings and queens, little is known about the firm’s illustrious Asian patrons. They included the Sultan of Turkey, Indian maharahahs, the Emir of Bukhara and the Emperors of China and Japan. By far the most important Asian client was King Rama V of Siam (now Thailand), better known as King Chulalongkorn (1868-1910). Join Marie as she shares a personal first-hand account of how her parents discovered this little known Fabergé collection in the Royal Palace of Bangkok.

If you’re looking for a dynamic speaker who will connect with and leave a lasting impression on your audience, Marie Betteley is the ideal choice.

Marie is available to speak to your group, club or association, as well as provide the keynote address, participate in a panel discussion or offer her expertise through a talk or workshop at your next event.

Marie’s book, Beyond Fabergé: Imperial Russian Jewelry, will be available soon. To receive publication updates and be first to get your copy, click here and we’ll keep you up to date on the book’s availability.

Be first to hear about Marie's
new finds and get the latest on
tours & lectures.