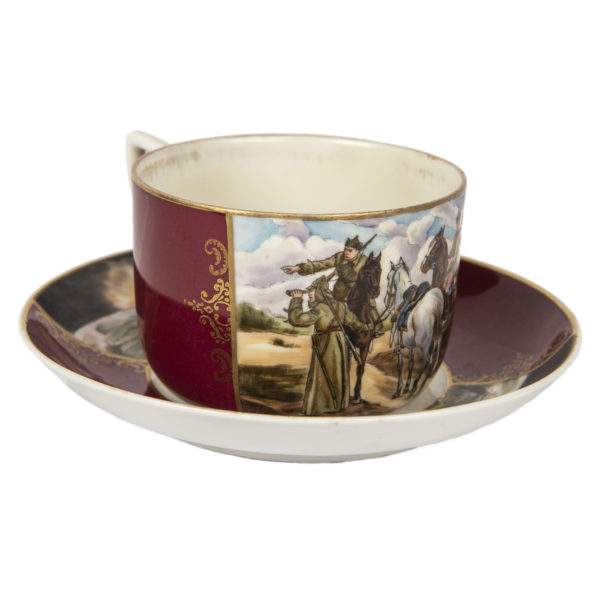 Painted between 1935 and 1946 by the Dimitrov Factory near Moscow, the rare porcelain cup and saucer commemorates the Russian Civil War of 1918-21. Of high quality with crisp detail and vivid color, the front of cup depicts a detailed scene of Red Army Cavalry on patrol while the saucer features exploding artillery shells on a burgundy background enhanced with gilt scrolls.

By Sergei Efremovich Sazonov (1870-1944), Dmitrovsk Porcelain Manufactory. Stamped with factory mark on base of cup and saucer in Russian: Dimitrovskaia for the factory, RSFSR for Russian Soviet Federated Socialist Republic, Verbilki town outside Moscow and NKMP:-Peoples Commissariat for Local Industry. Few examples of this service, which was produced in the former Gardner Factory, appear on the market.