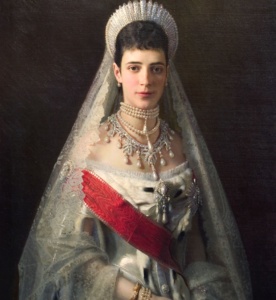 Maria Feodorovna by Ivan Kramskoi, circa 1881

Ever wonder whatever happened to the magnificent Russian Crown Jewels, those that graced the heads, gowns and decolletés of the empresses and made the Russian empire of the Romanovs the richest court in Europe?

Thankfully the imperial regalia and a few sumptuous jewels remained in the Moscow Kremlin and are on view in the Diamond Fund.

But for the rest? By my calculation well over 77% of those documented treasures were sold by the Soviets to the West between 1927 and 1936.

What was at stake? The crème de la crème of gems and jewelry, magnificent tiaras, gem-encrusted necklaces, snuff boxes and other diamond studded baubles from the tsars and tsarinas. During that time, jewelry symbolized power and wealth, and no one knew this better than the Romanovs. 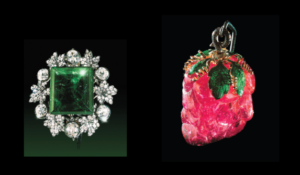 The saga of the Crown jewels played out in dramatic twist and turns at the outbreak of the Great War of 1914 only to land in the hands of the Bolsheviks in 1922.

In 1925 professor Alexander Fersman (1883-1945) catalogued the lot in a four part album called Russia’s Treasure of Diamonds and Precious Stones, (Moscow: People’s Commissariat of Finances, 1925 – 26), which is still today the only published inventory of the Russian state jewels. Printed in three languages, its sole purpose for the newly in charge Bolsheviks was to sell, sell, sell! Not the catalogue so much, but the jewels.

I gave a talk about this a month ago and promised my audience a peek at some of these missing jewels.

A big chunk, 124 lots, was sold in the landmark sale Magnificent Jewellery which formed part of the Russian State Jewels on March 16, 1927 at Christie’s in London.

Several of those items have resurfaced at auction and a handful landed in museums such as the V & A in London and Hillwood in Washington DC, but most are still at large. 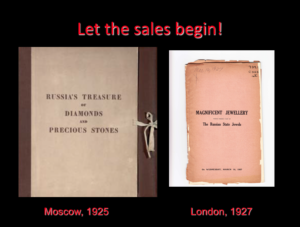 It’s safe to assume that the larger pieces, the tiaras and the necklaces, the natural pearl sautoirs, the diamond rivières, were broken down for the sheer value of the magnificent stones and precious metals.

But what about the “smaller” ones? … because, of course, small for the Russian emperors meant huge for us … like those diamond cluster brooches set with massive topazes and spinels, not to mention emeralds and sapphires. Would a lapidary today really cut them down? Diamonds, yes, but colored stones for which Russia is famous, and of the finest quality no less?

The optimist in me says “no” so I know they’re out there! Let’s have a closer look…

The following images are from the Fersman 1925 album and provided courtesy of GIA. Here then is just a small sample of those that were sold. For more information, please contact me or consult the online pdf catalogue. 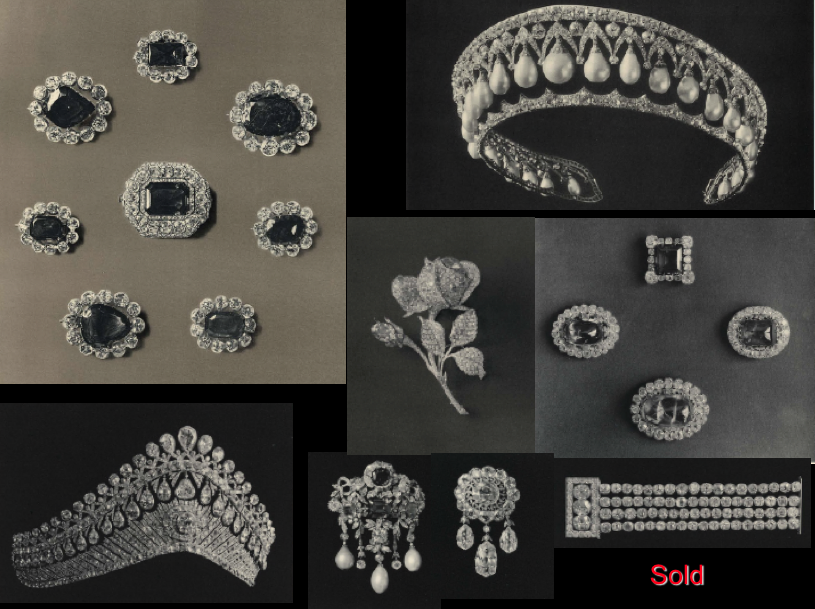 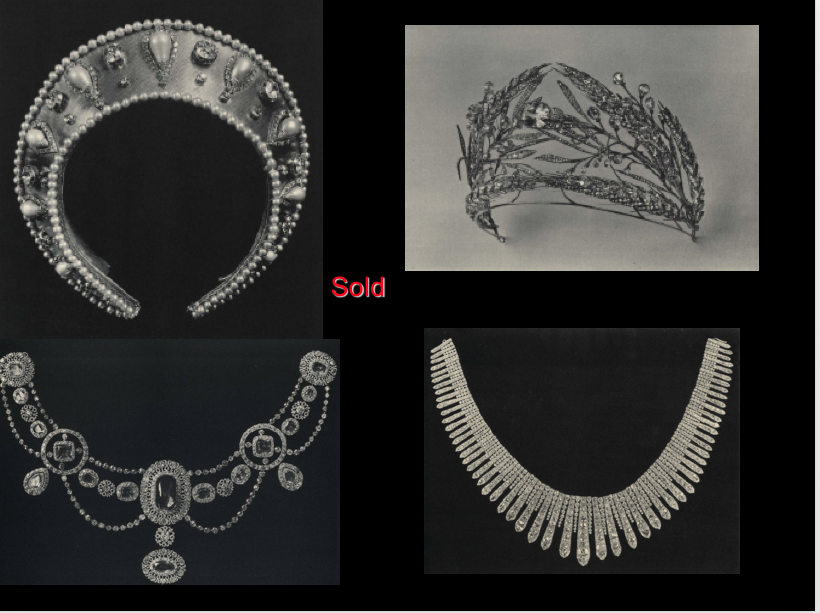 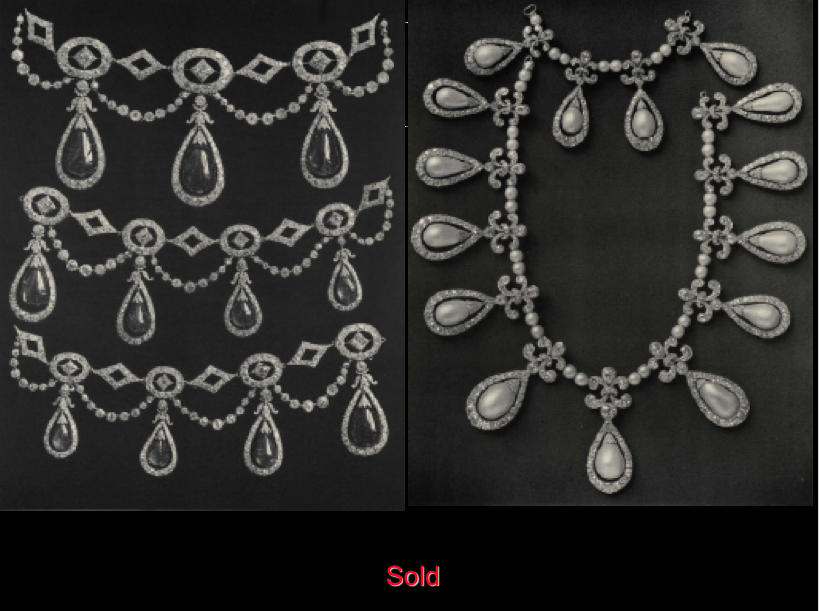 « Listen to Marie on the Jewelry Journey Podcast
The Fate of the Russian Crown Jewels, Part 2 »