Is the name of  Leopold Pfisterer, a leading 18th century St Petersburg jeweler, but feast your eyes on the master’s glittering creations. Jeweler to the Empress of All Russias Catherine the Great, for as long the monarch reigned, some 30 years, Pfisterer produced magnificent treasures some of which are still preserved in the Diamond Fund of the Moscow Kremlin.

A favorite of the Russian aristocracy, he was also jeweler to Prince Dimitrii Mikhailovich Golytsin (Galizine), Catherine the Great’s ambassador to the Habsburg court from 1762 to 1792. 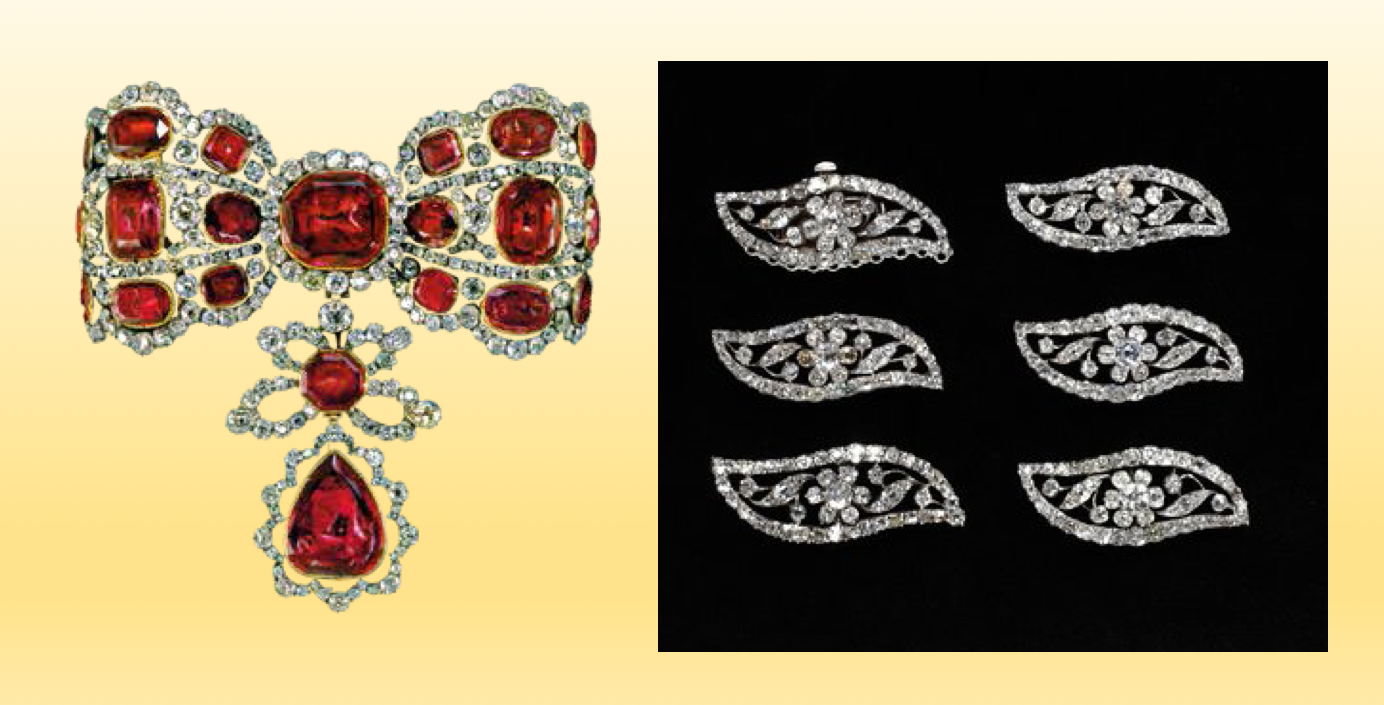 This diamond and spinel Sevigné bow brooch was typical of the period and all the rage in Paris and St. Petersburg. It came with a pair of matching earrings en girandole but these were believed to have been sold by the Soviets after the Revolution.What’s special about the brooch besides its gorgeous spinels, is that it bears a signature and precise date: Pfisterer May 27, 1764. Love it when you can tell exactly the day was made or presented!

Those who live in London can head to the Jewelry Galleries at the V&A Museum or visit the site to see many diamond leaf shaped floral ornaments by this Viennese-born master which were sold at Christie’s Landmark Russian Crown Jewel sale in 1927 as Lot 92. 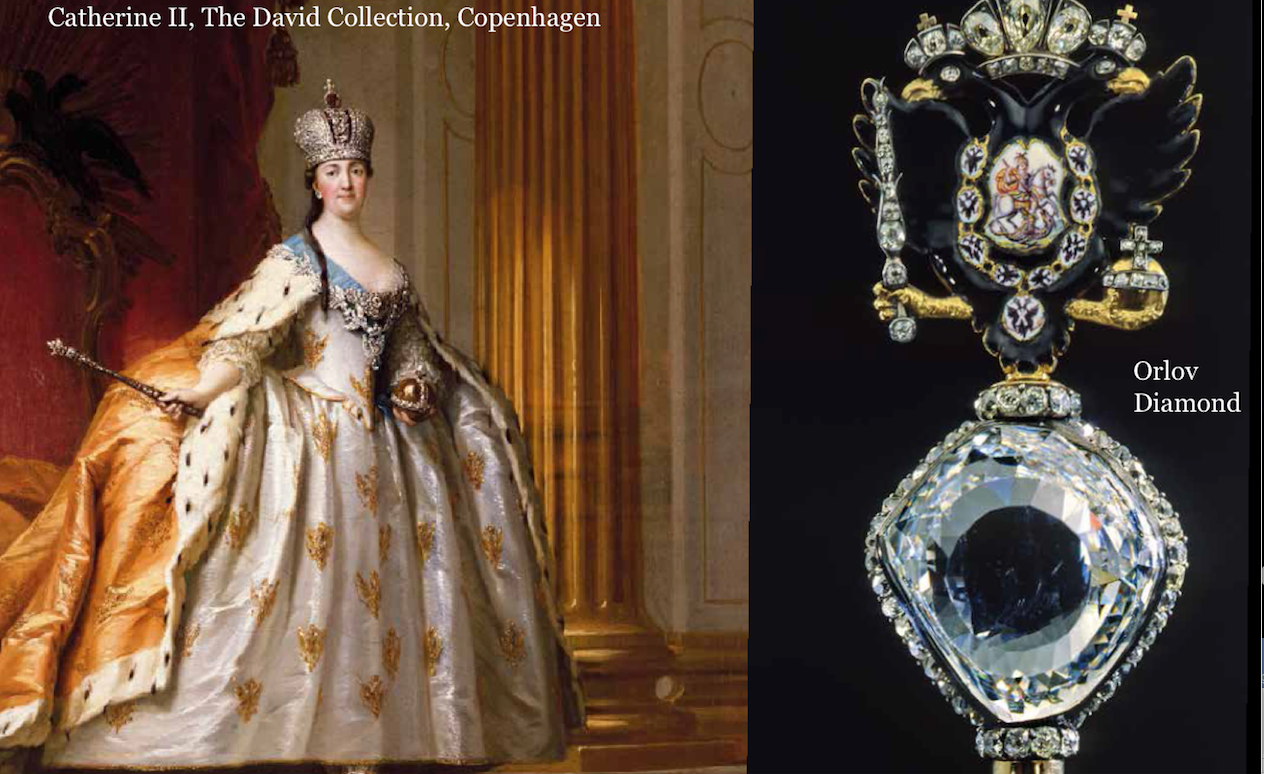 But the most splendid object by this jeweler is the imperial scepter set with the Orlov Diamond (see above). Lots of history surrounding this amazing gemstone. It’s covered in our forthcoming book Beyond Fabergé: Imperial Russian Jewelry and excepted here:

…massive 190-carat weight far surpassed the largest in any other European royal house; Catherine was so pleased with it she boasted to Voltaire that it was as large as an egg.

The jewel’s origins are shrouded in legend.

Some said that it had been stolen from a Hindu statue in southern India, while others claimed that it had come from the Persian shah’s treasure.

Whatever its provenance, the stone was eventually acquired by an Armenian merchant in Amsterdam. Reasoning that it was best suited for the woman who ruled the world’s most extensive empire, he sold it to Catherine’s former lover, Count Grigori Orlov, for some 400,000 rubles.

The count, who hoped to rekindle her erstwhile ardor, presented it to the empress on her name day in 1773. The gift did not win the sovereign back from her new favorite, Grigorii Potemkin.

However, she did present him with the Marble Palace and allowed him to take the title of prince of the Holy Roman Empire.

As for the diamond, Catherine eventually had it set in a scepter in 1771 below a black enamel double-headed eagle, the emblem of the Romanov empire.

A perfect gift, Beyond Fabergé: Imperial Russian Jewelry is featured in Rizzoli’s holiday catalogue and available by preorder on Amazon and Schiffer Publishing.