It was 1906 when two of Russia’s greatest jewelers…. 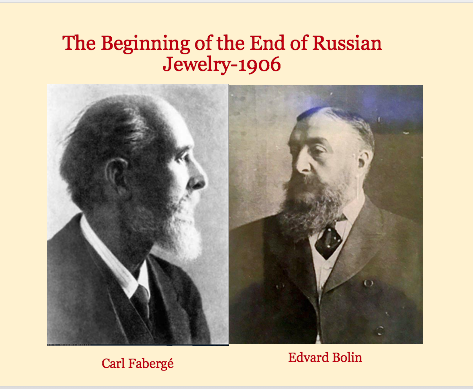 by now the patriarchs of the trade, Carl Fabergé on the left and Edvard Bolin on the right, got together to bid.

Yes!  They joined forces secretly on an enormous quantity of imperial gemstones, the finest in the land. The crème de la crème came from Treasury no 2 of the Imperial Cabinet of His Imperial Majesty, Nicholas II.

Very few people, even today know about this scandalous sale.

This was 11 years before the Bolshevik Revolution, when another huge sell off would happen, of the Russian Crown Jewels.

Russia needed cash.  It was a year of turmoil in the empire following the first Revolution of 1905.  Coffers were depleted after the Russo-Japanese War.  Peasant and worker unrest had swept the land.  Both in 1904 and 1905 Tsar Nicholas II had chosen not to order an Easter egg by Fabergé. Things were that bad. The first time this happened since 1885.

It was a silent auction, conducted within the confines of the Anichkov Palace on the Nevsky Prospect in St. Petersburg, a very private affair. Only two other jewelers were invited. The only requirements were utmost discretion and deep pockets. 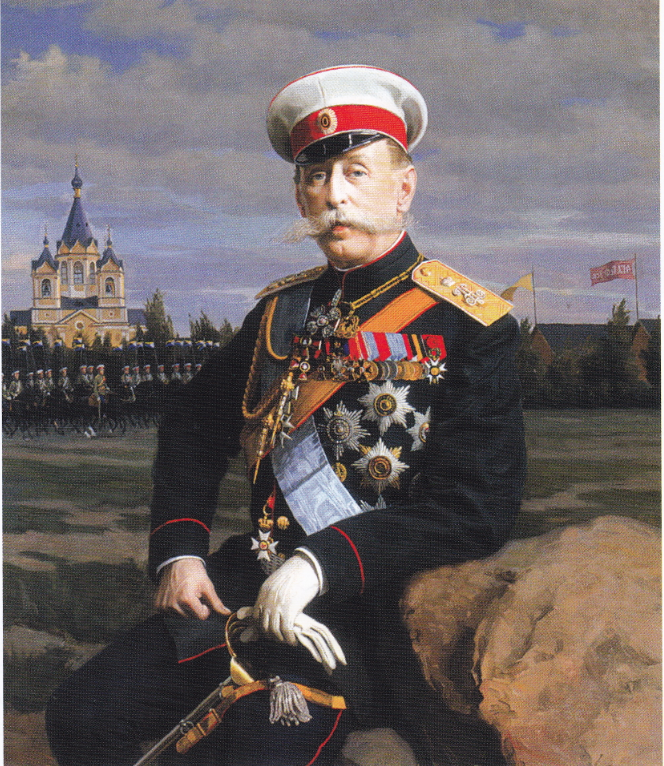 Pooling their resources, these two, by now legendary jewelers were up against their arch enemy, the French. The mediator of the auction was the powerful Baron Vladimir Borisovich Freedericksz, renowned statesman and confidante to the last 3 tsars of Russia. Freederiksz would single handedly turn the tables against the Russians and favor the French.

Little did the Russian jewelers know that this would be the beginning of the end.

I wrote an article about this for Russian Life  in 2017. For more details, click here.