And the winner is … Coffee Tales in Birmingham, the best cream tea ever!

I was leading such a healthy lifestyle in Cambridge UK. I was riding my bike every day, walking everywhere – I was fitter than ever.

That is, until I fell victim to the lure of English Cream Teas.

For those not familiar, cream teas consist of a pot of tea (never a mug), freshly baked scones, clotted cream and red (raspberry or strawberry) jam.

My biggest dilemma? Which to put on the scone first, of course … the cream or the jam?

I’ve sampled about nine cream teas across Southern England, and the best one in my book was from Coffee Tales in Birmingham (pictured). They had the freshest scones, the most delicious tea and the best price (coming in at £4 or about $5.50). 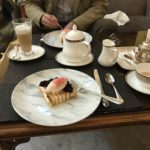 Russian Tea at the Metropole in Moscow

I was still dreaming of cream teas when we arrived in Moscow. Eager to sample the Russian equivalent, we headed straight to the grand Metropole Hotel, made famous in the novel A Gentleman in Moscow.

There we chose Russian tea and Honey Cake with a rich berry sauce. It was fabulous! The berries both sweet and sour somehow reminded me birchwood forests, and the perfect complement to the cake was an elegant coil of coconut ice cream. 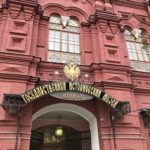 Entrance of the Moscow Historical Museum

The Metropole Hotel is just as described in the novel: impeccable service, grand and historic, yet clean and up to date. The staff there will be seeing us again soon as the hotel will be part of our Jewels in the Crown – St. Petersburg and Moscow Treasures Tour in October 2020. 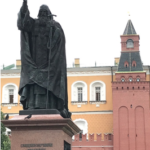 No Moscow journey is complete without a tour of the Amoury Chamber and the Diamond Fund of the Moscow Kremlin which we will visit in 2020.

Now on to the more lasting treasures of this great medieval city. One very Slavic edifice bordering on the Red Square is the Moscow Historical Museum. The collection is overlooked by most tourists but its treasures are many, including a bejewelled cup handmade in 1709 by emperor Peter the Great and a ruby, emerald and enamelled panagia (icon pendant) that was presented by Tsarina Sophia to the Archbishop of Holmogory in 1683.

Should you join us for our 2020 St. Petersburg and Moscow tour, I will be taking you down the famous street of luxury. Called Kuznetskii Most it is home to the fabulously successful Imperial jewelers, Bolin and Fabergé. By the late 19th century their shops stood side by side, although Bolin got there decades before Fabergé. The House of Bolin was, in fact, Russia’s best jewelry house for much of the 19th century. Kuznetskii Most is now a pedestrian street and is still mostly lined with European luxury stores.

We’re now back in North America, after an incredibly enriching month-long stay in England and trip to Moscow. Following are just a couple additional scenic highlights from my journey. I hope you enjoy them and be sure to contact me for more information on our Art & Treasures Tours.

P.S. As we organize our spectacular London/Cambridge and St. Petersburg/Moscow tours for 2020 and 2021, I’ll be including many of my favorite must-see sites and I’d love to know the places you’re dying to visit in those cities! 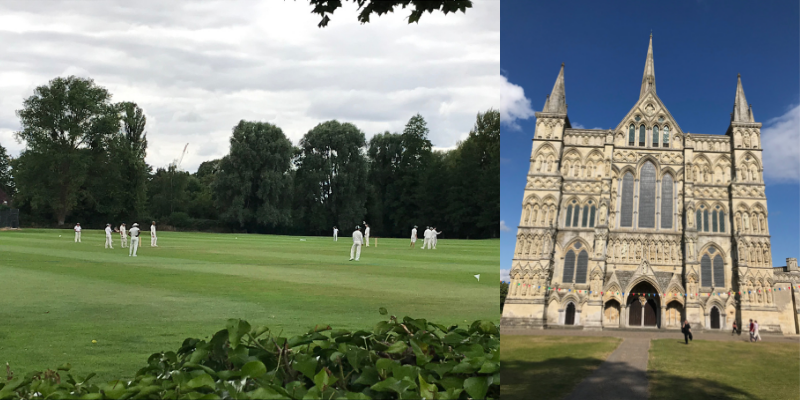 « Summer Reflections from a Jewelry, Art & Treasures Dealer on Her Trade
What Learned in 2019, plus Exciting Events for 2020 »