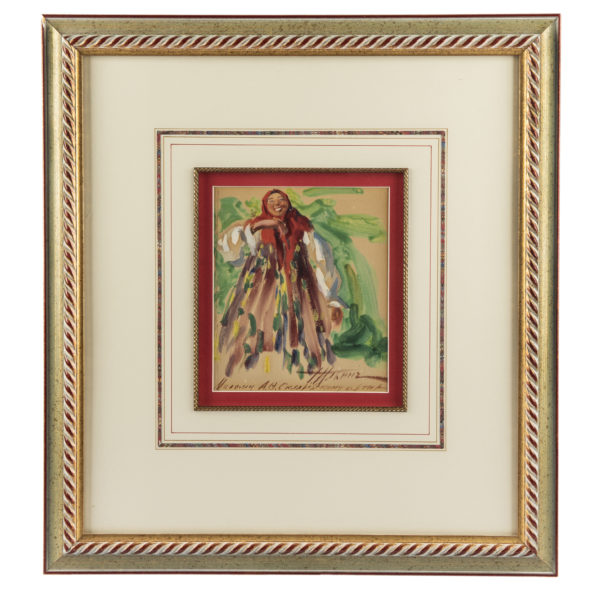 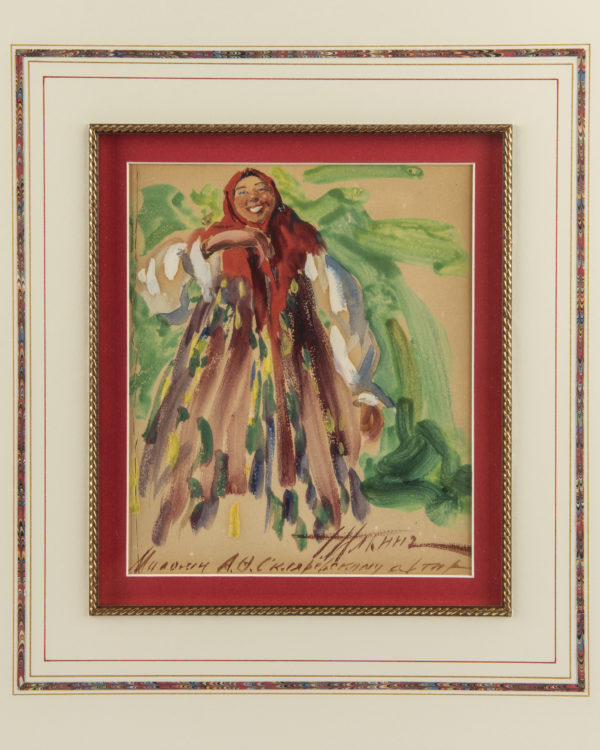 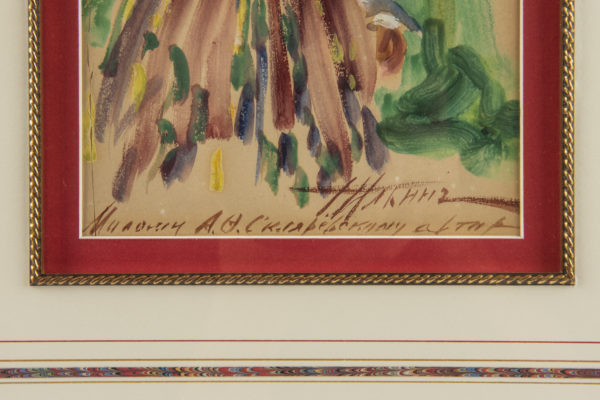 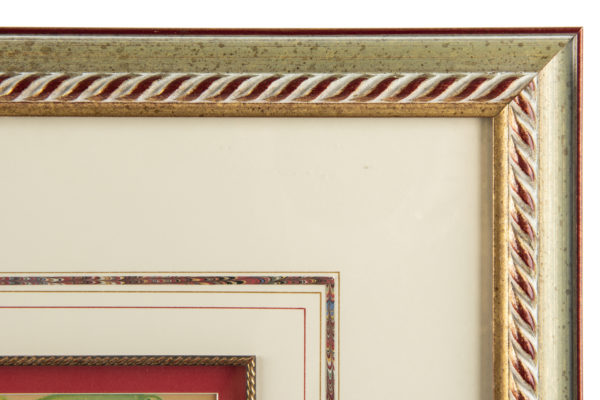 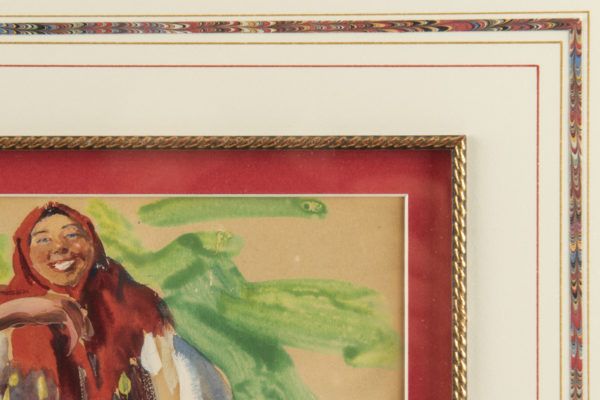 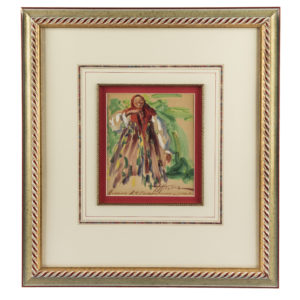 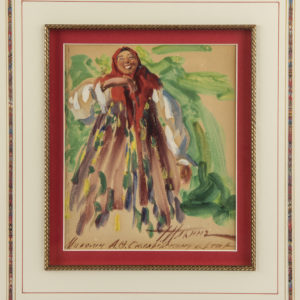 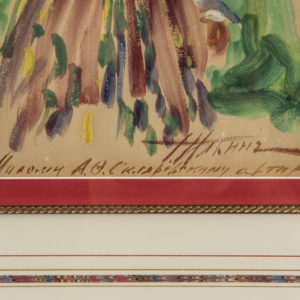 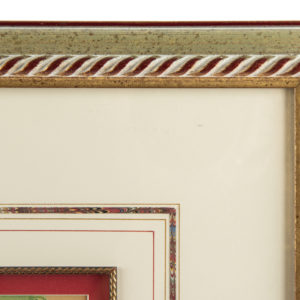 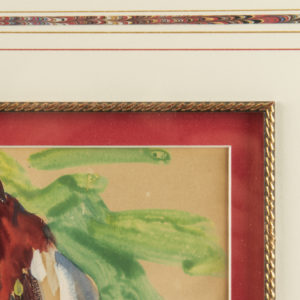 Katurkin was a Russian painter and graphic artist born in the village of Peperovo, Tula Province. From 1904 till 1909 he studied at Odessa Art School, during 1909 – 1916 – at the High Art School in Petersburg Academy of Arts in the studio of V. Makovsky. In 1916 he won the title of the artist. After 1910, he participated in the exhibitions of the Academy of Arts, the Society of southern Russian artists (1911), “The Community of artists” (secretary-since 1916), the Association of Traveling Art Exhibitions (1918) and others. His works are kept in the State Museum of Political History of Russia in St. Petersburg and other Russian Art Museums.

Provenance: From the private collection of Alexander Sklarevski.

Alexander Fedorovich Sklarevski (1882-1963) was a concert pianist who fled Russia during the Bolshevik Revolution. Travelling east by train across Siberia to Vladivostok, a grueling five-week journey, he carried with him a few treasured possessions from Russia, including this painting. Graduating in 1908, Sklarevski received the first of many gold medals from the Imperial Conservatory of Music in St. Petersburg. He later became Director of the Third Imperial Conservatory of Saratov. For decades and to great acclaim, Sklarevski played in concert halls around the world, from Harbin, Shanghai and Tokyo to Paris, Washington and New York. In 1923, he joined the faculty of the Peabody Conservatory in Baltimore where he remained a professor for 30 years.