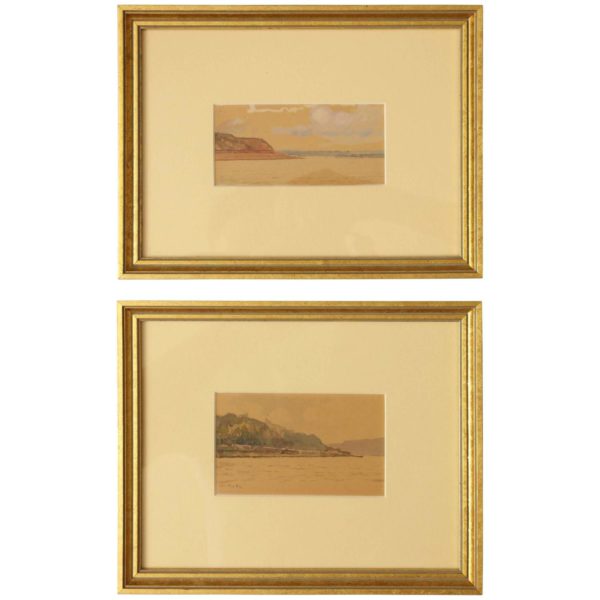 A former naval officer and marine artist, Nikolai Gritsenko (1856-1900) formed part of the tsarevich Nicholas’ entourage during his Grand Tour to the Far East from 1890-91. He produced some 300 works on paper during this voyage, which began with a trip with the heir to the throne from Egypt to Japan.

Provenance: Rufina Davidovna Gunsadze-Nikolaevna of Moscow thence by descent. These watercolors were given to her by a friend who was the grandaughter of Pavel Tetriakov, and whose mother had been married to the artist Gritsenko. A famous Russian collector, Pavel Tretiakov founded the Tretiakov Gallery, Moscow’s leading art museum.