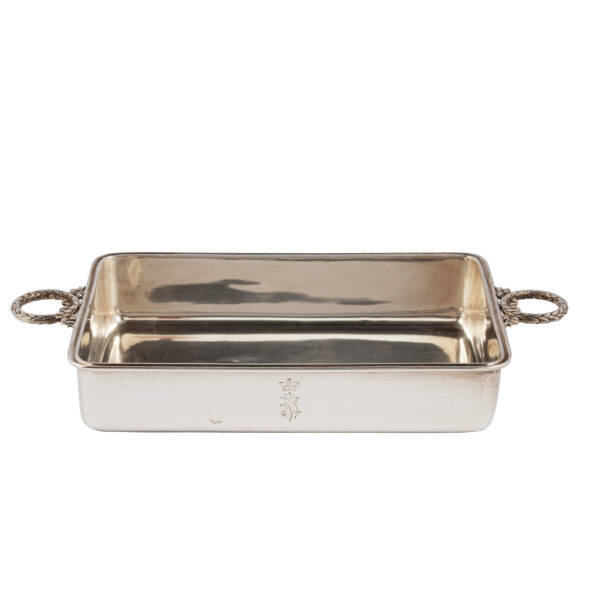 This rare Russian silver neoclassical dish made in St. Petersburg is from the Romanov era, period of Tsar Alexander II. Rectangular with rounded corners, applied with two opposing ribbon-tied laurel leaf handles, the exterior of one side engraved with a princely or Grand Ducal crowned coronet with beveled border. It probably formed part an imperial wedding service.

Circa 1870, fully hallmarked and stamped with the Russian imperial warrant.

Court jewelers to Russian Tsar Nicholas I (r 1825-55) founded by Englishmen Constantin Nicholls and William Plincke and initially called Magasin Anglais, the firm was one of Russia’s most successful in the first half of the 19th century. It was famous for its English designed pieces, silver centerpieces, sumptuous gilded table and wedding services for the tsar’s family, and English silver. The store was located at 14 Bolshaia Morskaia on St. Petersburg’s “Diamond Row”.