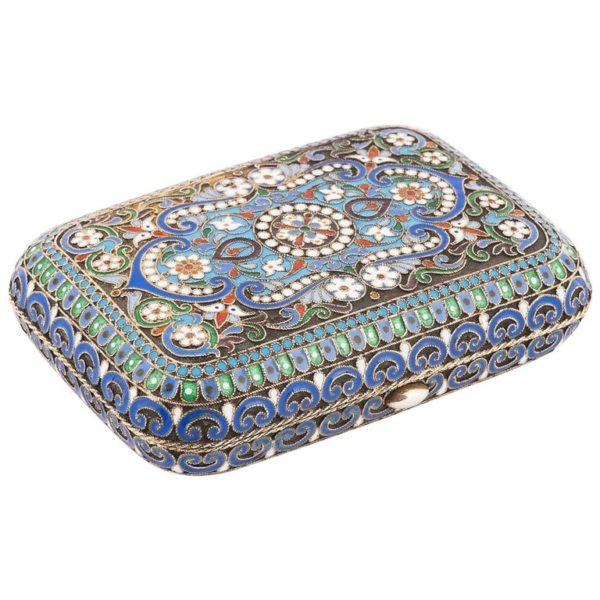 With rounded corner, overall enamelled with scrolling foliage, beaded and entrelac designs in the Turkish manner, and typical of the work of the great Moscow silver master, Ovchinnikov, the interior fitted with silk compartments for coins.

Moscow silversmith and enameller, Pavel Ovchinnikov, a former serf, opened a workshop in 1853 and by 1881 had built a silver dynasty that was the largest in the Russian Empire. He received the title of Purveyor to the Imperial Court from Tsar Alexander III on August 18, 1881, and from to the Grand Duke Mikhail Nikolaevich on May 21, 1878. His sons, Mikhail, Aleksei, Pavel & Nikolai each received the title of Court Purveyors on May 17, 1894, and again on March 8, 1896 by the new tsar, Nicholas II.