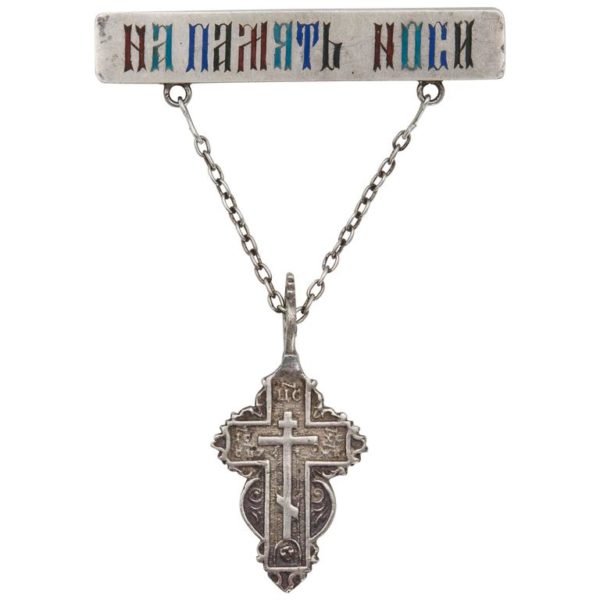 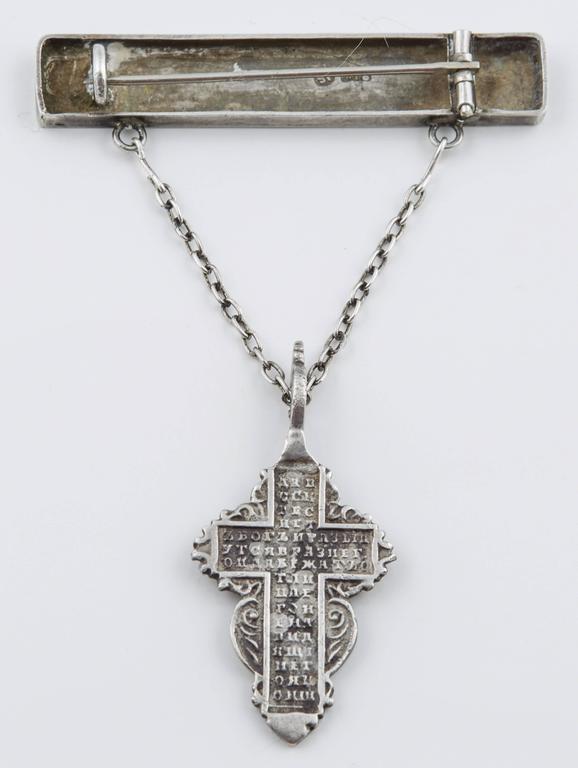 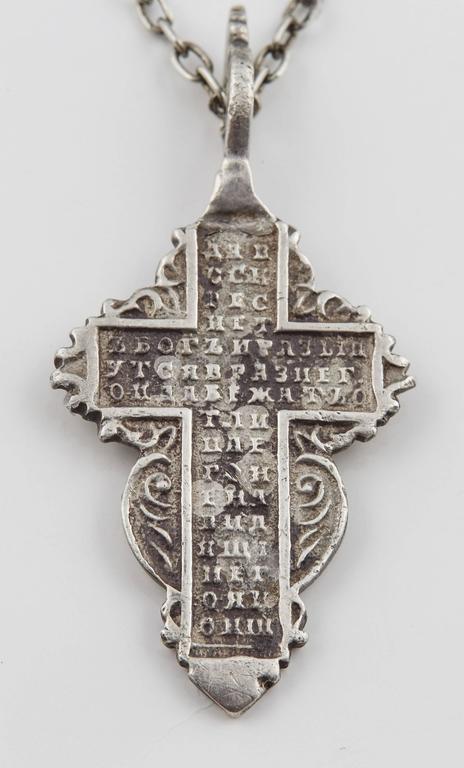 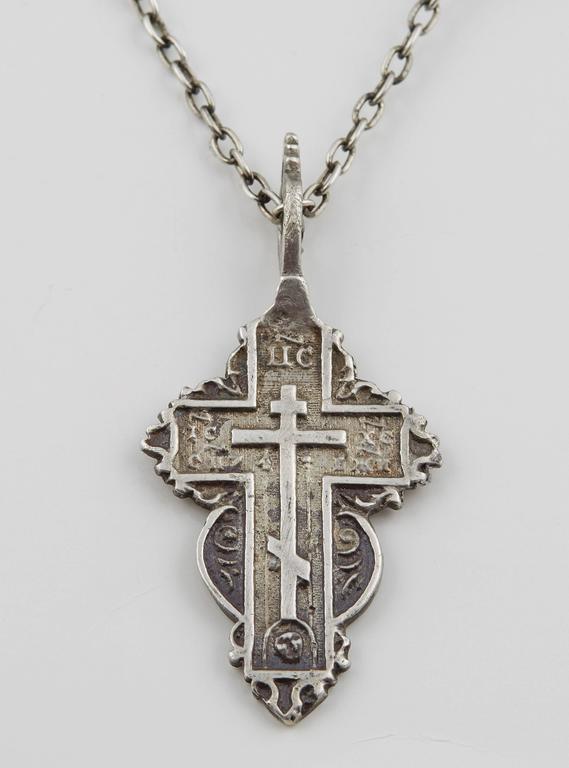 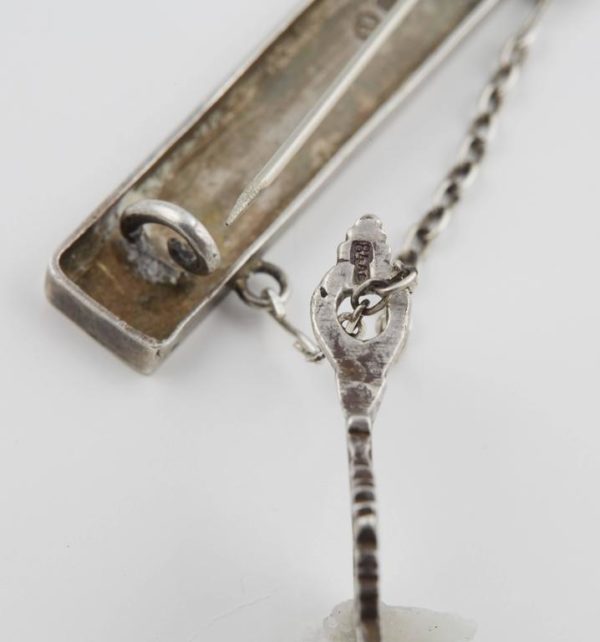 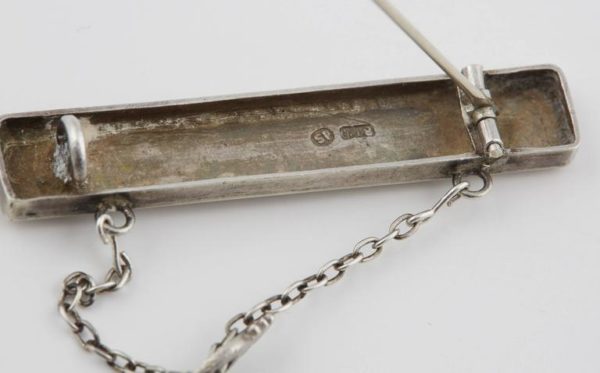 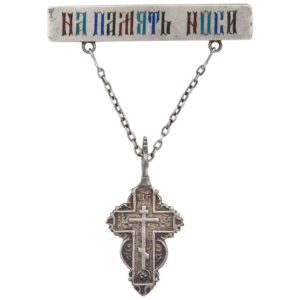 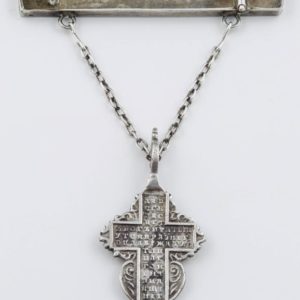 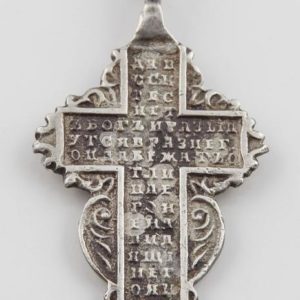 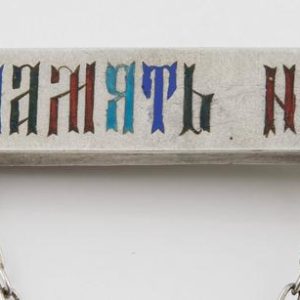 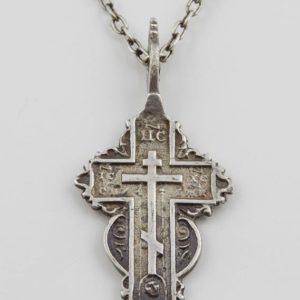 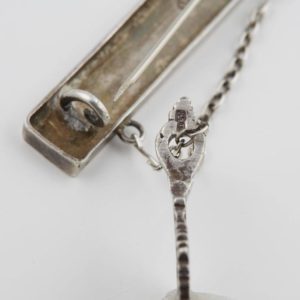 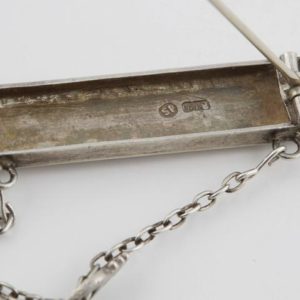 From the Romanov era, the silver pin enameled Na Pamiat Nosi, or Wear This in Remembrance, suspending a silver Old Believer’s Russian cross, the front depicting a central cross, the reverse inscribed in Old Church Slavonic: Let God arise and smite his foes and let hatred flee from His countenance. On two silver chains.

The Old Believers were religious traditionalists who split from the Russian Orthodox Church in the 1650’s over liturgical reforms introduced by Patriarch Nikon. Considered schismatics by the ecclesiastical establishment, they were often respected for their piety and their industry by other Russians. Many prominent 19th century merchants in Moscow were Old Believers.