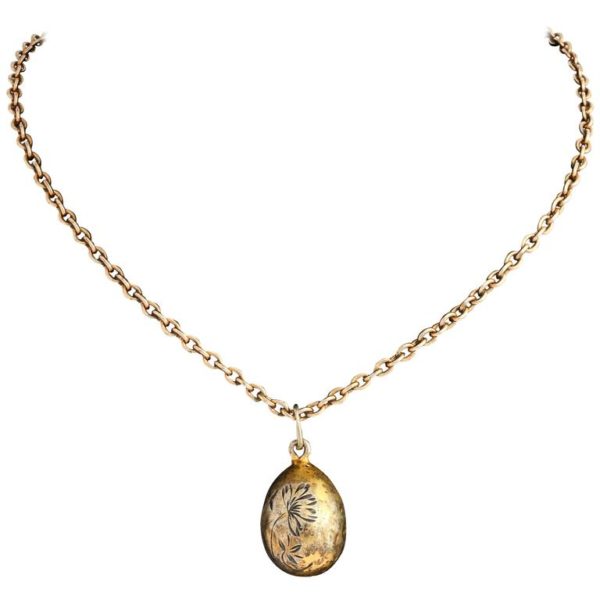 A Romanov era treasure from the period of Tsar Nicholas II, this silver gilt Russian miniature egg pendant is etched with flowers on one side and XB, for the Russian Easter proclamation Xristos Boskrese on the other, with a silver suspension ring.

By Ivan Maklakov, Kostroma, 1908-1917, with maker’s mark, stamped 84 for the Russian silver standard. Partly discolored, sold as is. Chain not included.