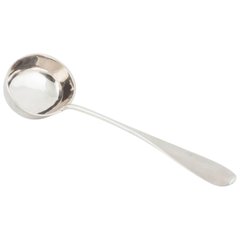 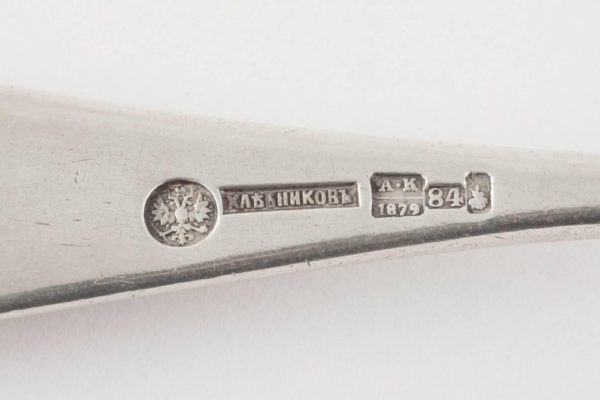 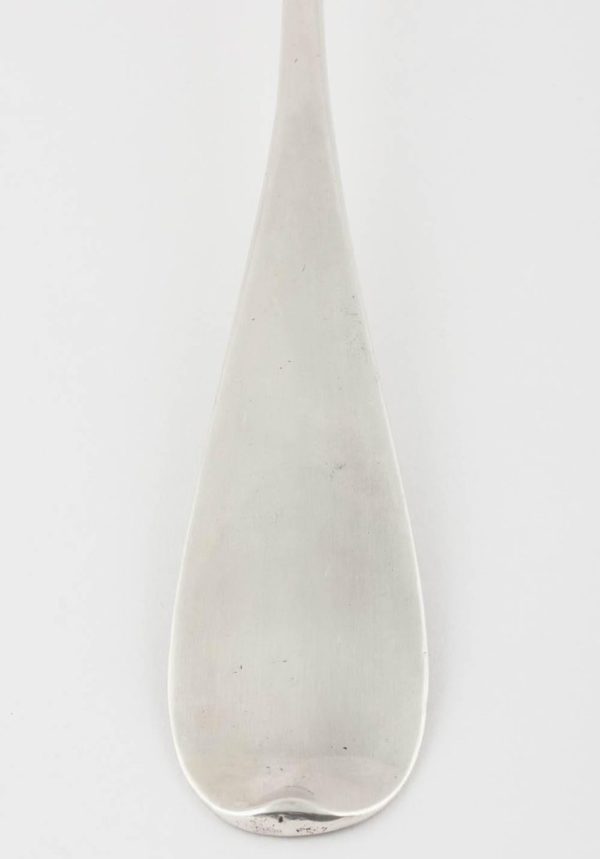 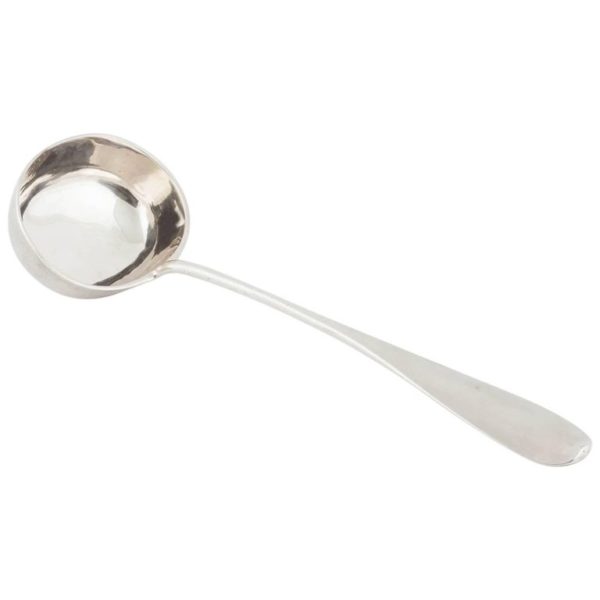 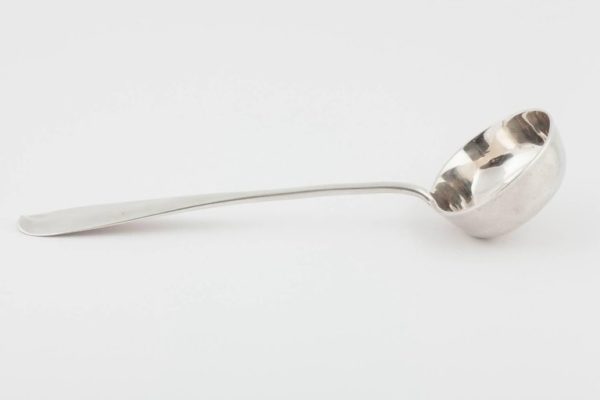 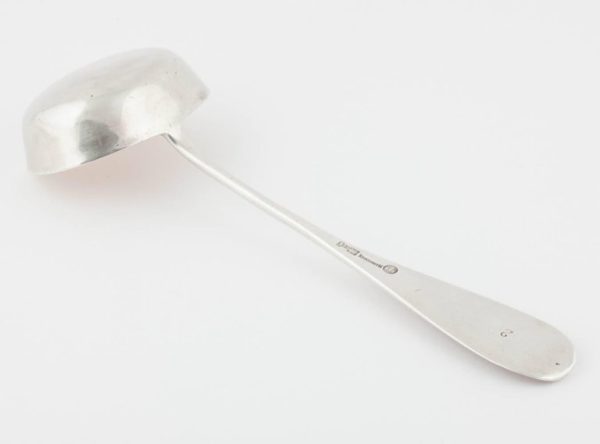 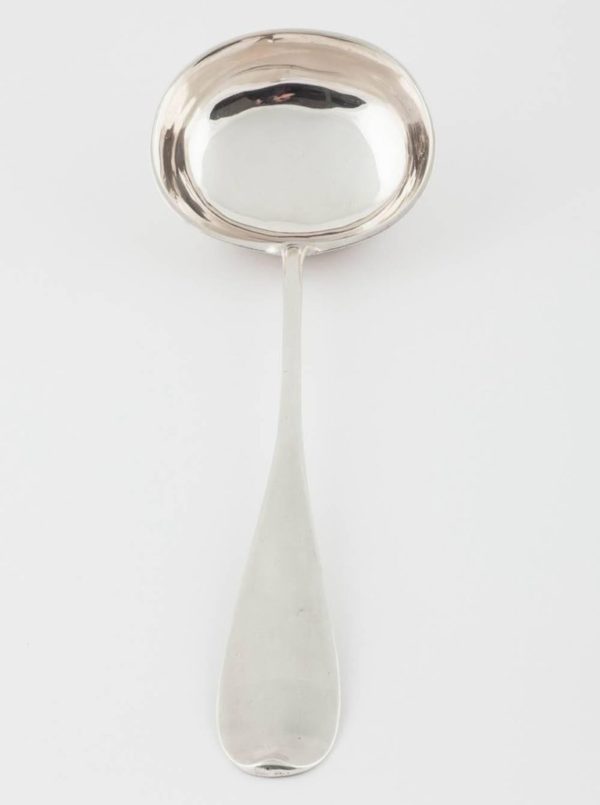 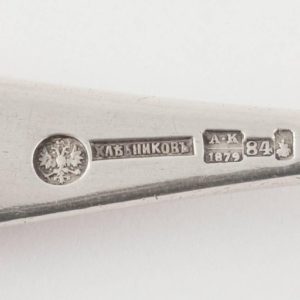 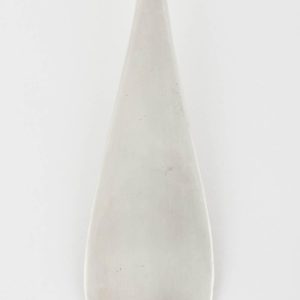 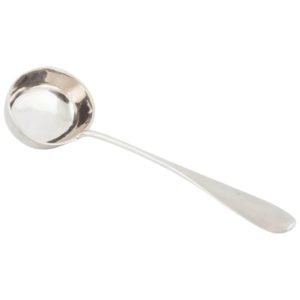 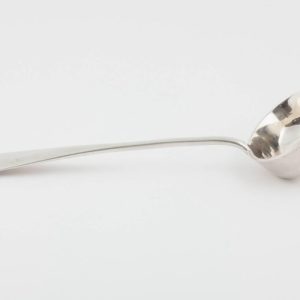 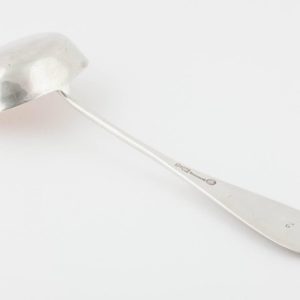 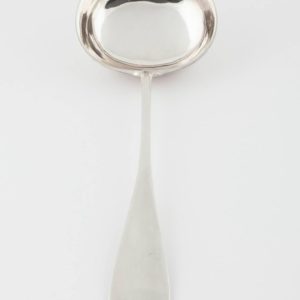 A 19th century silver soup ladle of classic design by one of Russia’s best silversmiths, Khlebnikov of Moscow, from the Romanov era made during the reign of Tsar Alexander II.

Fully hallmarked with the imperial warrant of Khlebnikov, Moscow, 1879.

Ivan Petrovich Khlebnikov, founder of the famous Moscow silver firm I Khlebnikov and Sons, became Purveyor to the Russian Imperial Court on May 12, 1879, the same year he made this ladle.