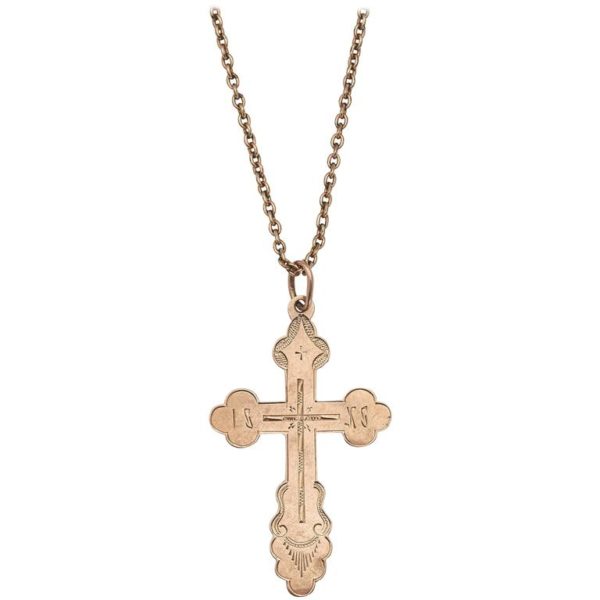 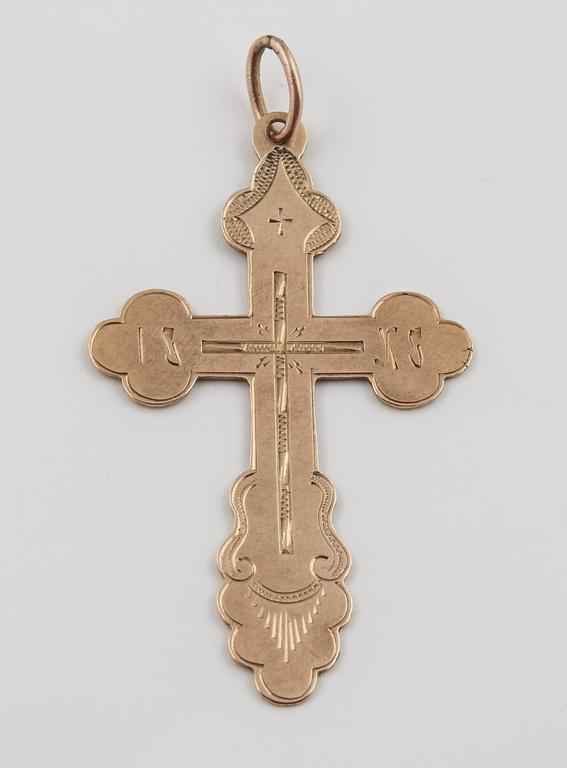 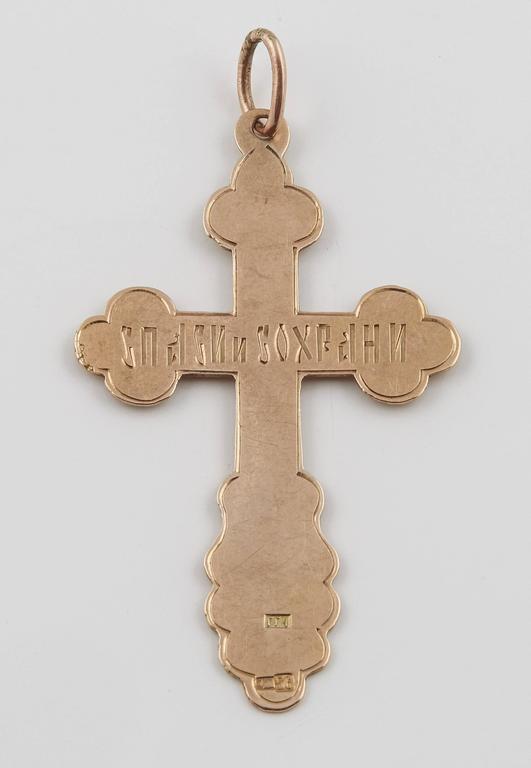 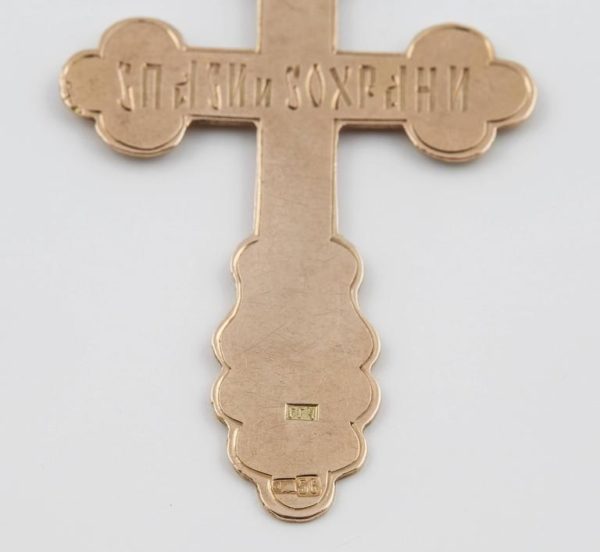 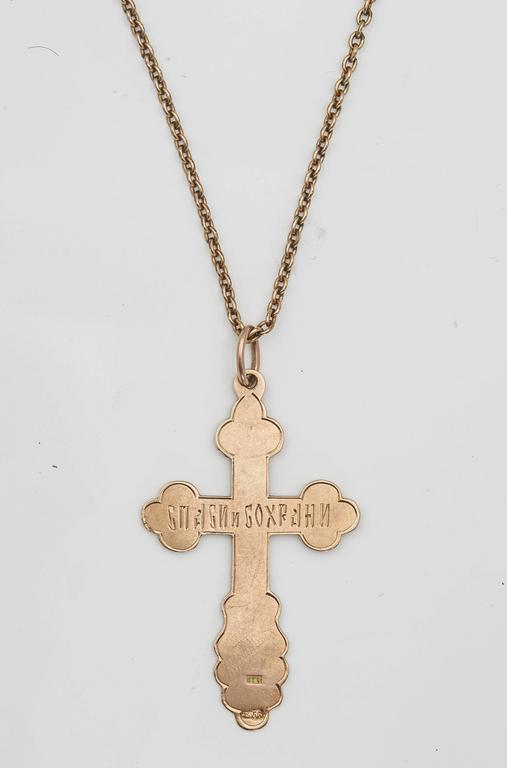 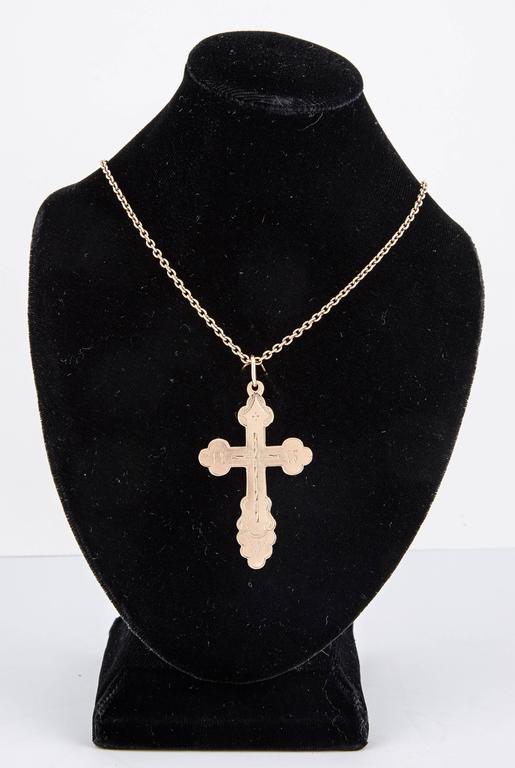 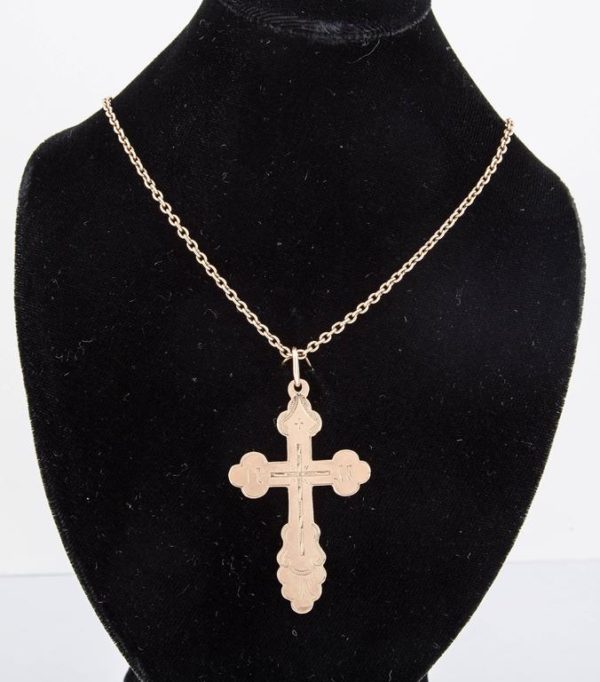 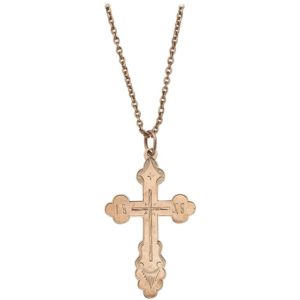 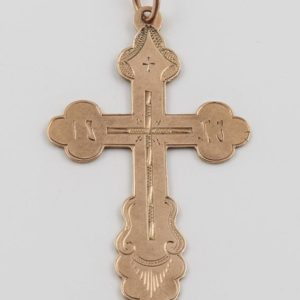 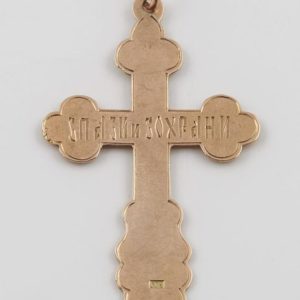 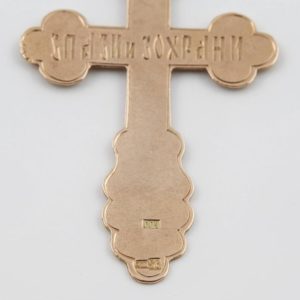 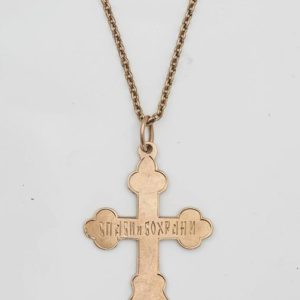 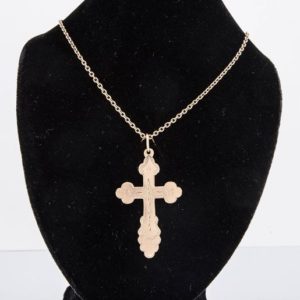 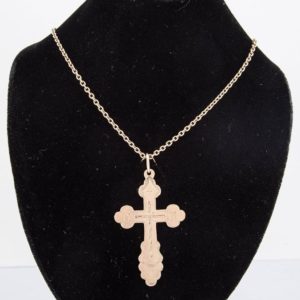 From the Romanov era, period of Tsar Nicholas II, in 14k rose gold, the front engraved with a central cross and Cyrillic initials on the arms for Jesus, King of the Jews. The reverse is engraved in Russian Save & Protect.