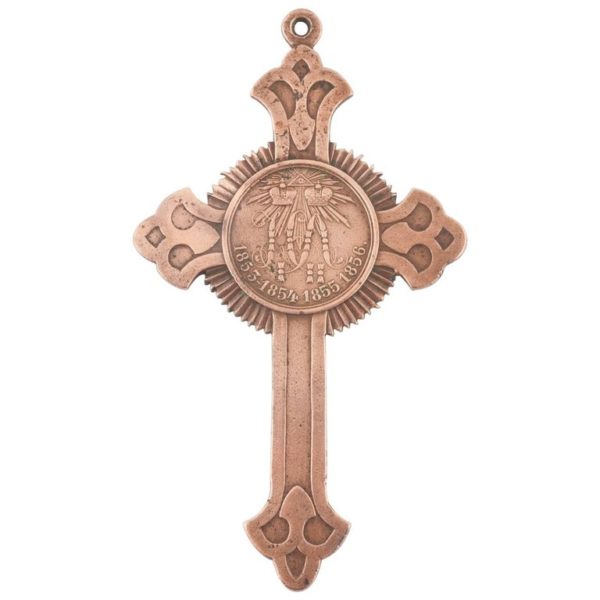 Russian Bronze Pectoral Cross from the Crimean War, circa 1856

From the Romanov era made during the reign of Tsar Alexander II to commemorate the Crimean War of 1853-56. The central medallion depicts the All-Seeing Eye of God above the crowned cyphers of Nicholas I and Alexander II, with the dates below. The reverse inscribed in Russian.

This bronze pectoral cross which was approved by the Russian Tsar Alexander II and distributed to the Clergy in commemoration of the Crimean War of 1853-56. All members of the clergy, in military as well as other departments, from Metropolitans down to Priests, except for Deacons and sextons received these bronze crosses. They were worn around the neck on a St. Vladimir ribbon.