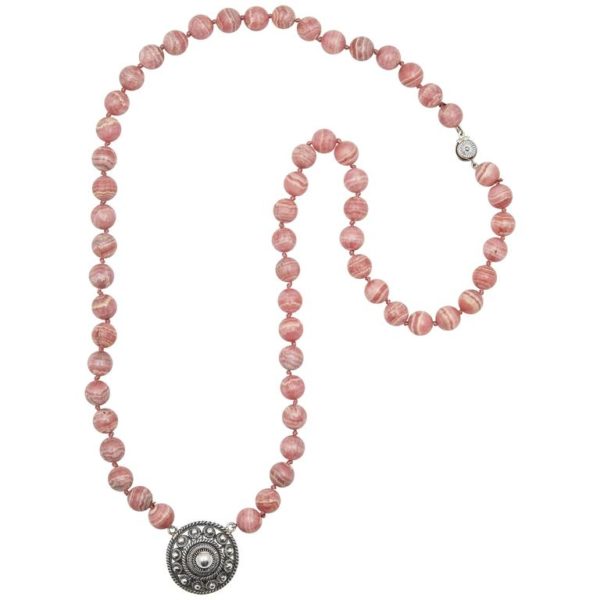 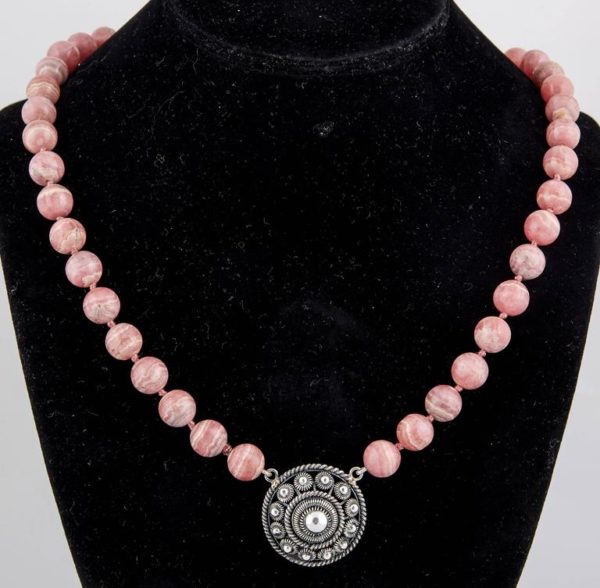 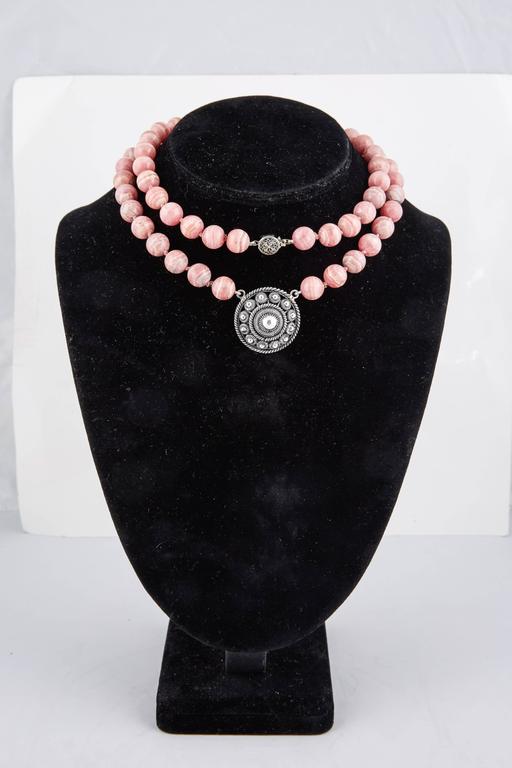 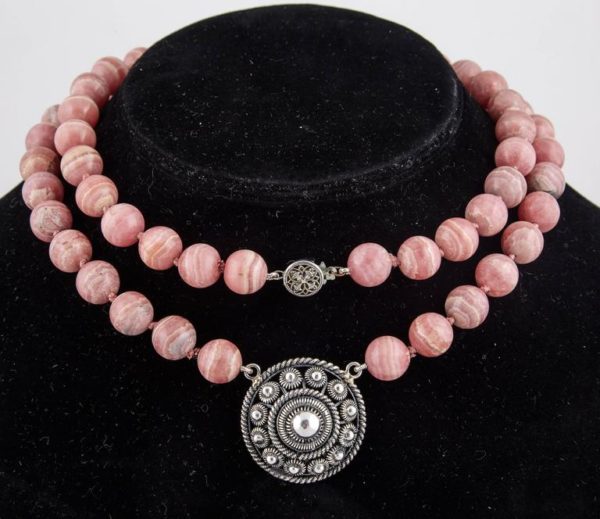 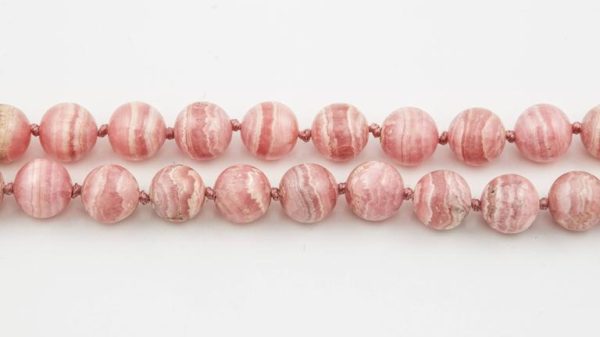 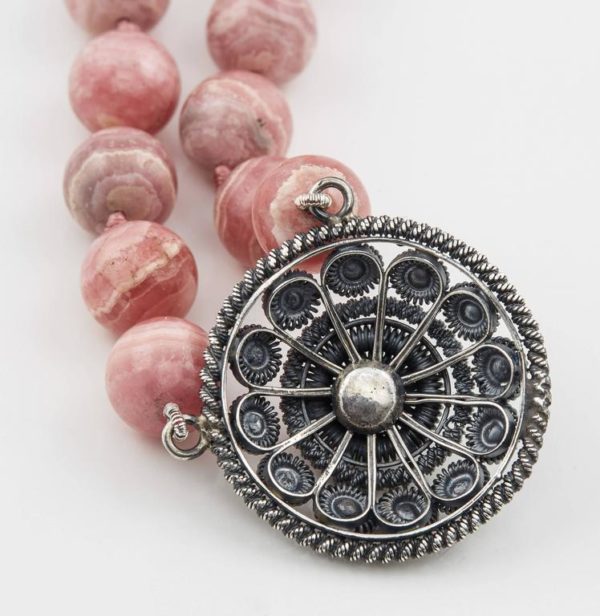 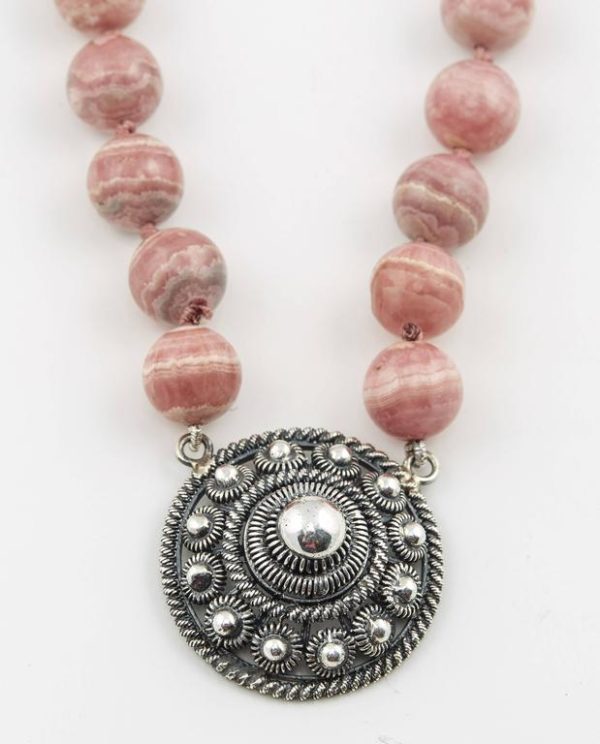 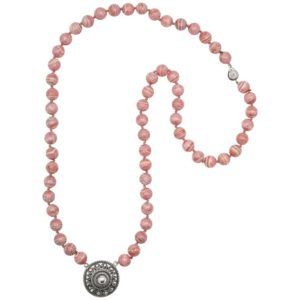 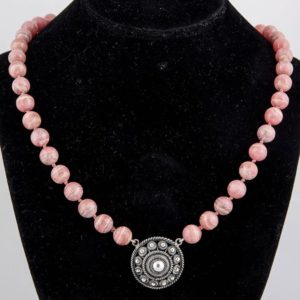 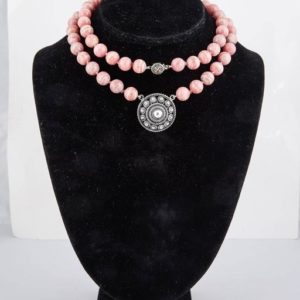 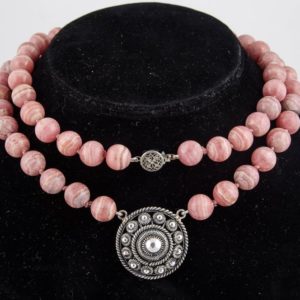 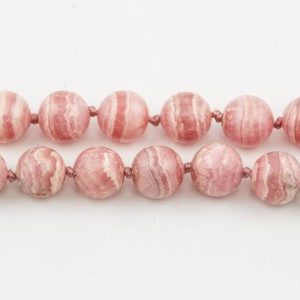 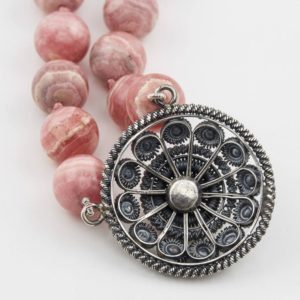 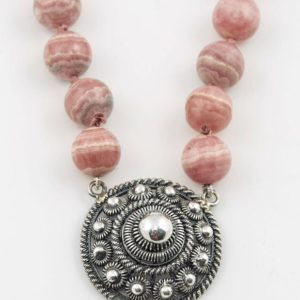 Found in Russia and elsewhere, rhodochrosite is a semi-translucent rose pink to cherry red ornamental hardstone that was historically, and still is today carved into vases, bowls, figures, objets de vertu, and en cabochon. As round beads, its striations produce a pleasing banded effect as seen here.