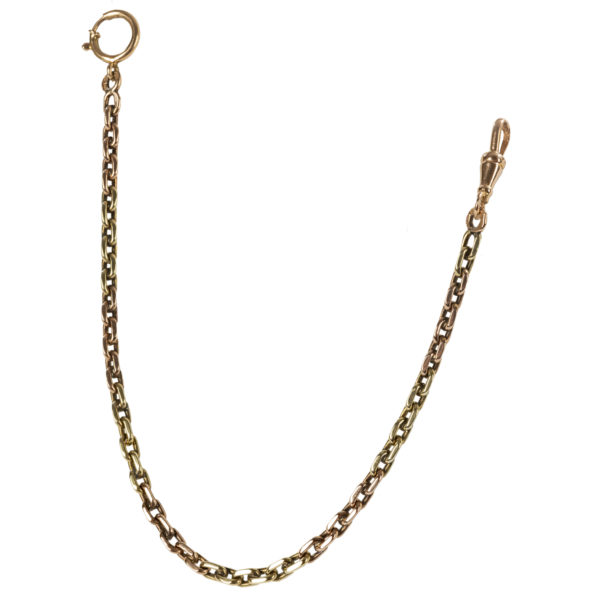 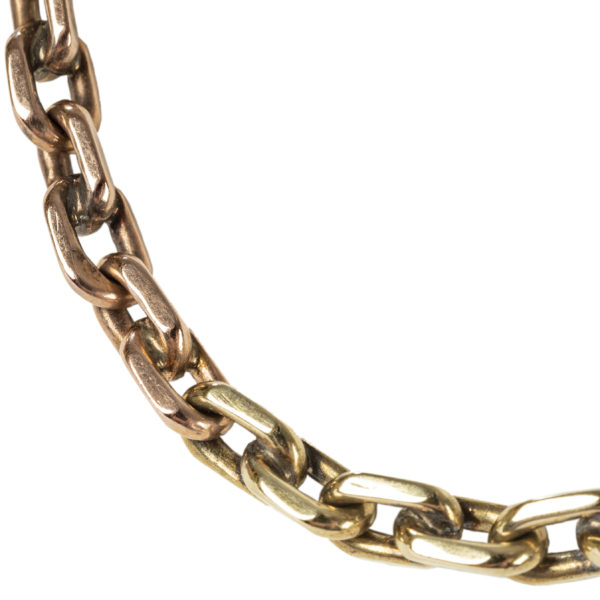 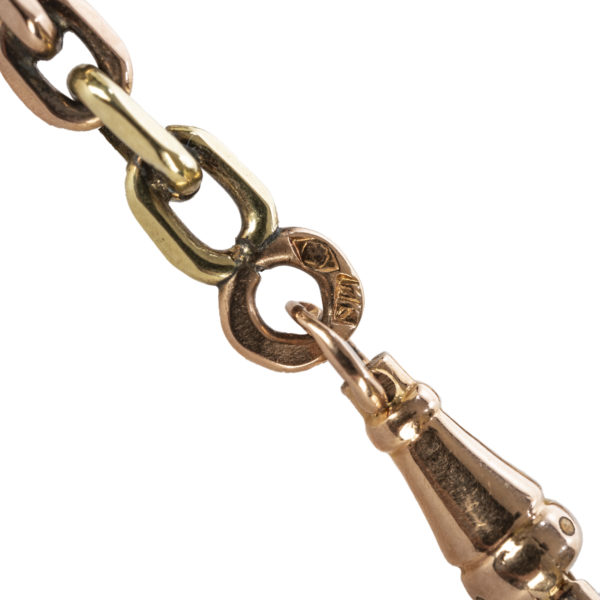 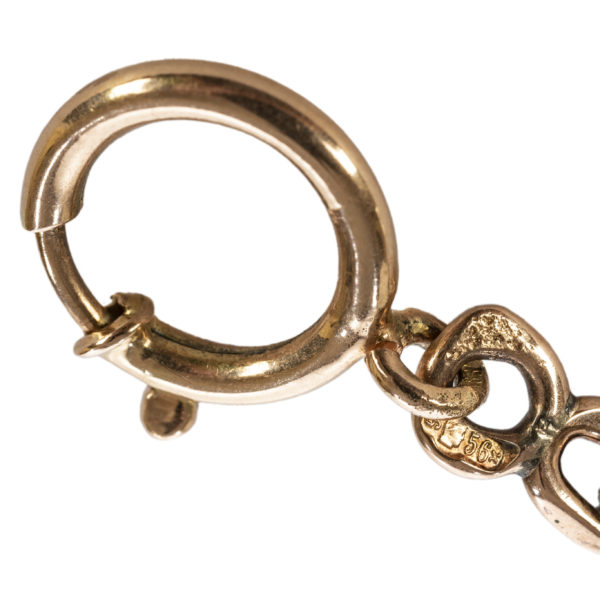 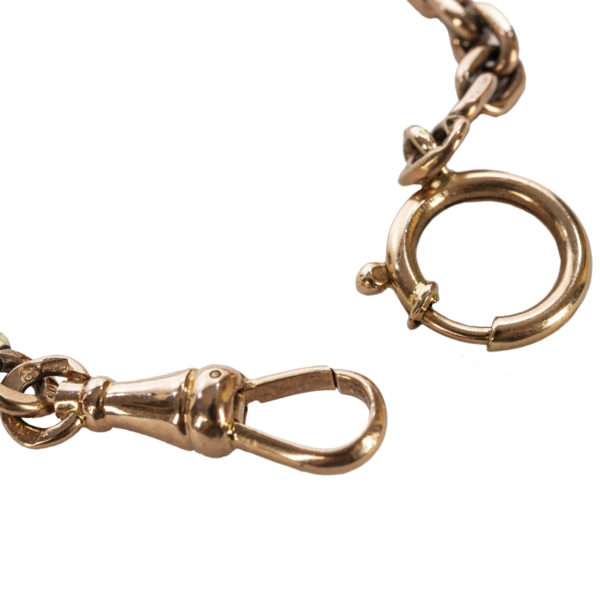 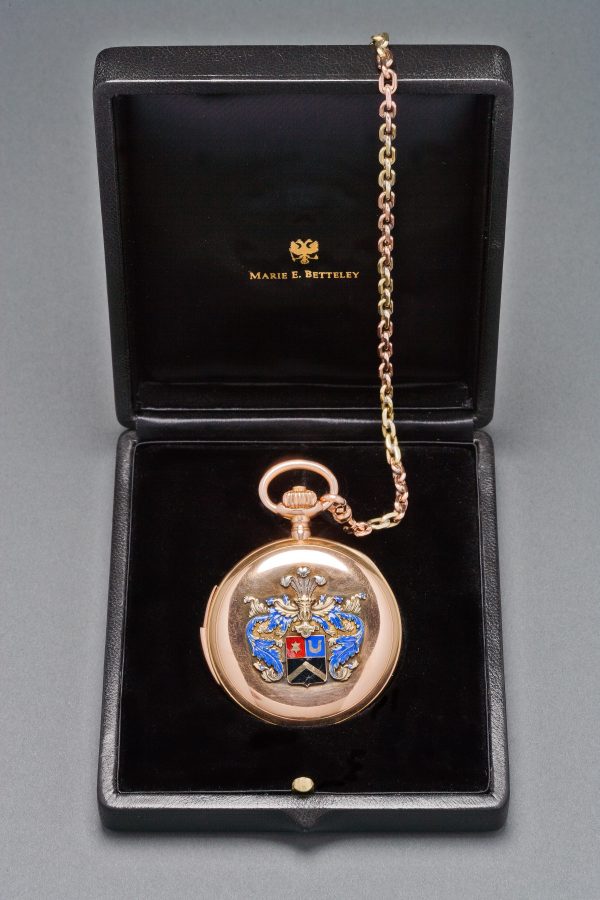 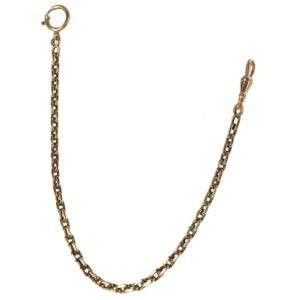 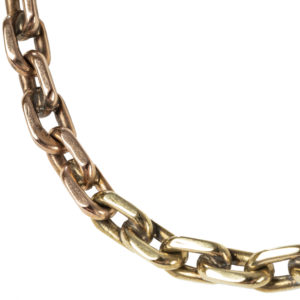 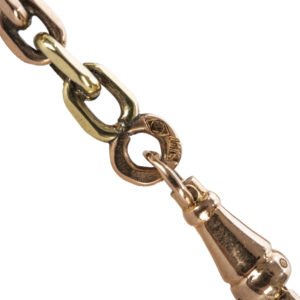 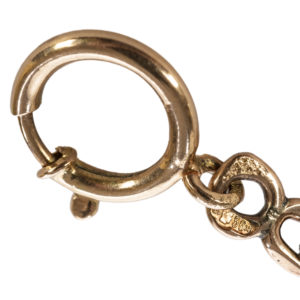 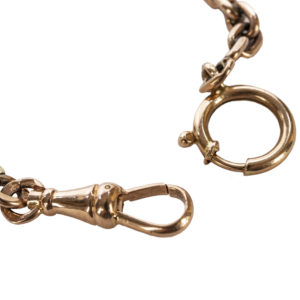 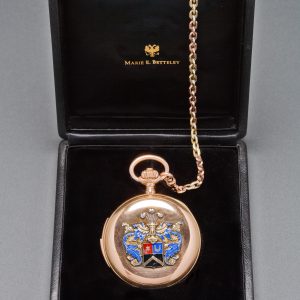 A beautiful and rare Russian gold watchchain from the Romanov era, period of Tsar Nicholas II, of rose and green gold, simulating the cable chains of the Russian navy fleet, completely original and fully hallmarked on each end.

Town of Kostroma, 56 stamped on one end, Cyrillic EK, reverse Soviet Moscow mark. Cable link is soldered at every other link to limit droop of chain.