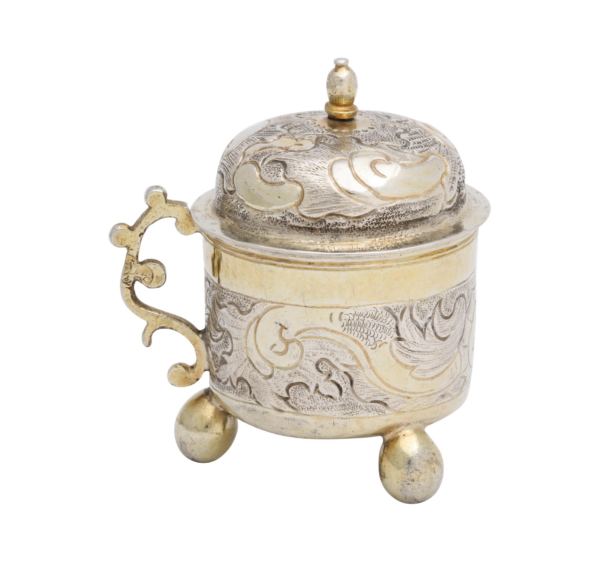 From the reign of Russian Empress Elizabeth Petrovna, the daughter of Peter the Great, this rare mid 18th century silver charka or drinking cup was made Grigorii Serebrianikov in the ancient capital of Moscow. The partially gilded cylindrical cup is decorated with scrolls and rocaille typical of the period in a pleasing design which was generally not repeated after the 18th century, fitted with a scroll handle and raised on three ball feet. The slip on cover of similar decoration with baluster finial and everted rim.

Stamped on the base and cover with the initials of Moscow silversmith, Grigorii Ivanov Serebrianikov (active 1745-1768), the Moscow symbol of Saint George Slaying the Dragon above the date year (worn and illegible) and Cyrillic initials DM for Danila Moshalkin (1750-1758) for the assaymaster. Handle is also stamped with the Moscow town mark.