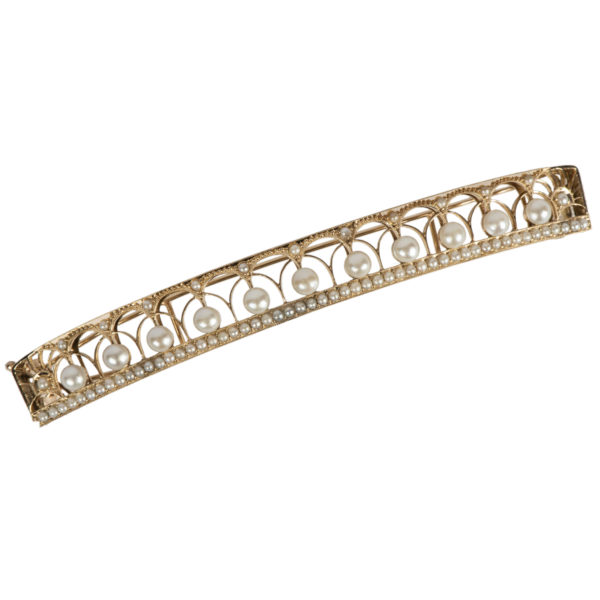 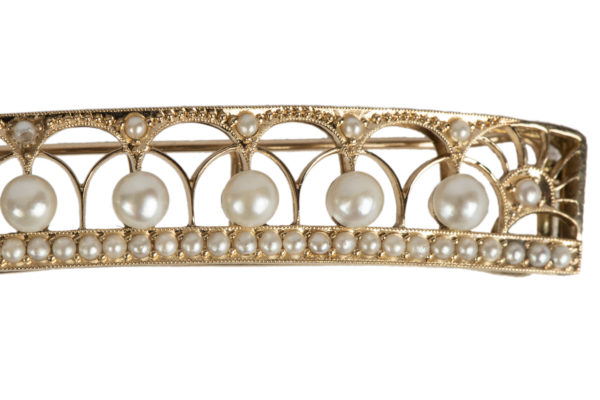 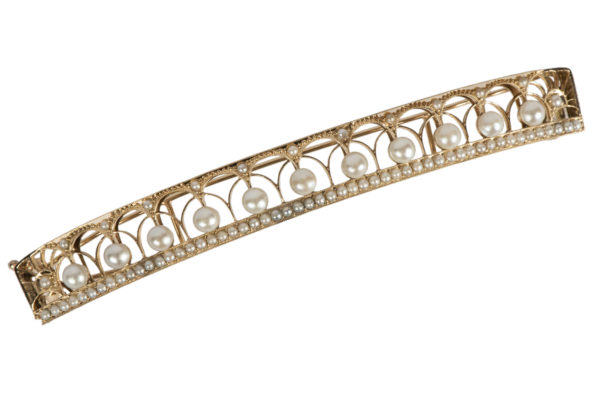 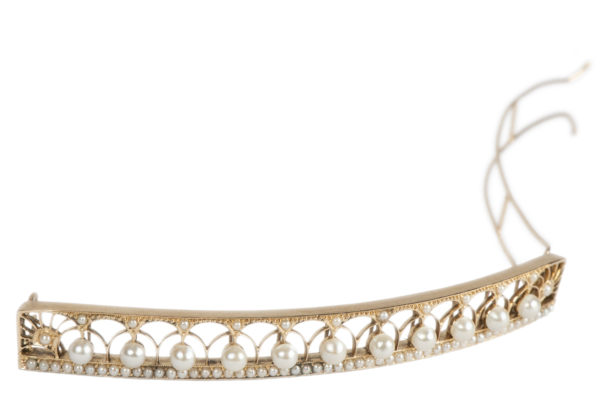 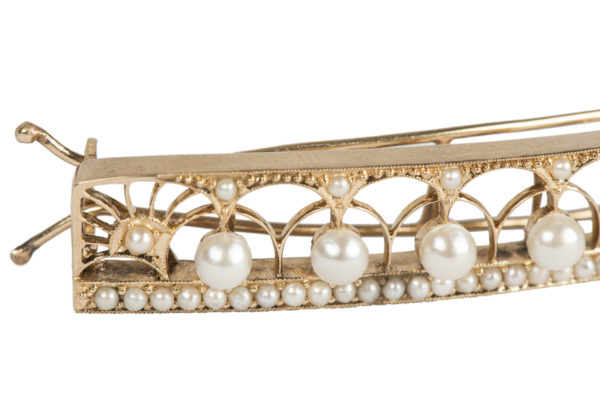 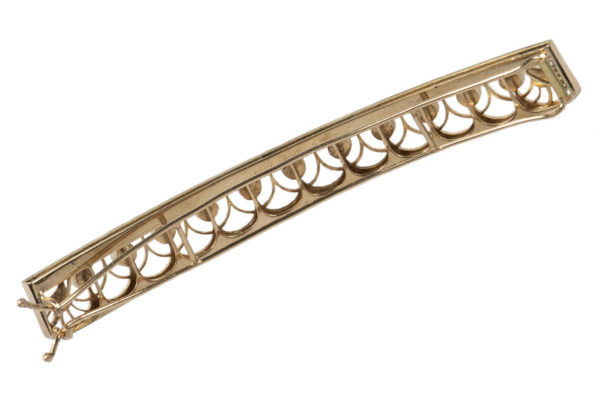 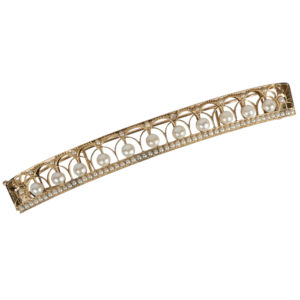 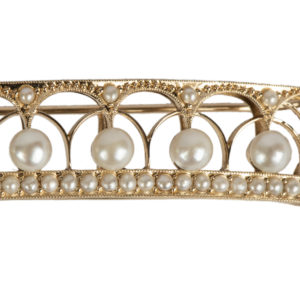 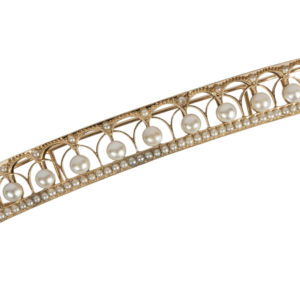 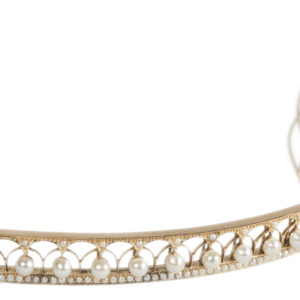 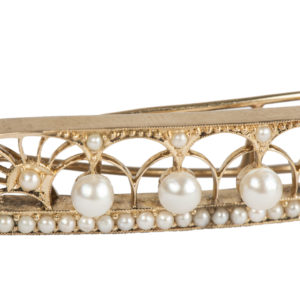 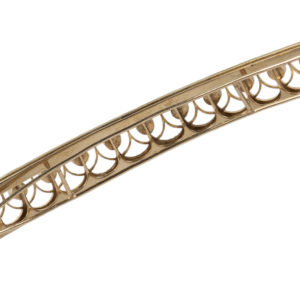 Of curved openwork design formed as interconnected gold arches, this barrette recalls an Imperial Russian tiara, enhanced by eleven lustrous natural pearls above a row of tiny seed pearls. This beautiful jewel formed part of a tortoiseshell hair comb from tsarist Russia that was refitted as a barrette. Of classical inspiration, this three-dimensional ornament has the characteristics of Fabergé workmanship.

Provenance: From the private collection of the late General Victor Yakhontoff

Victor Yakhontoff (1881-1978) was a highly decorated political figure in both Tsarist and Soviet Russia. He became a military attaché in Japan in 1916 and a major general and deputy minister of war of the Provisional Government after the fall of the Romanov dynasty in 1917. In 1919 he moved to the USA and lectured widely on improving relations between Russia and America. A linguist, he joined the UN Secretariat in 1947. He wrote several books on his military experiences and on Russia’s foreign policy in the Far East, including an autobiography in 1939 titled Across the Divide.