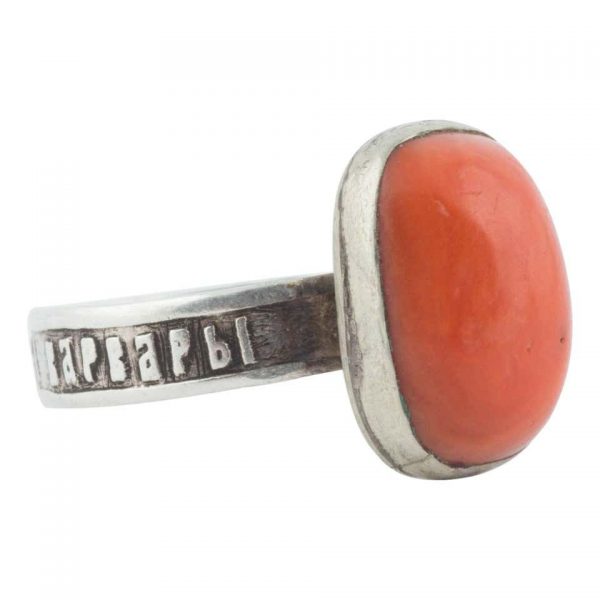 From the Romanov era, period of Tsar Nicholas II, this rare silver ring is bezel set with an orange coral from the Black Sea. The shank is inscribed with a dedication to Saint Barbara in Old Church Slavonic.

The inscription refers to Great Martyr Saint Barbara, a 3rd century patron saint of armorers, mathematicians and those who work with explosives. Kostroma, a part of the Golden Ring of ancient Russian towns, had a thriving jewelry industry in the late 19th century to early 20th century.