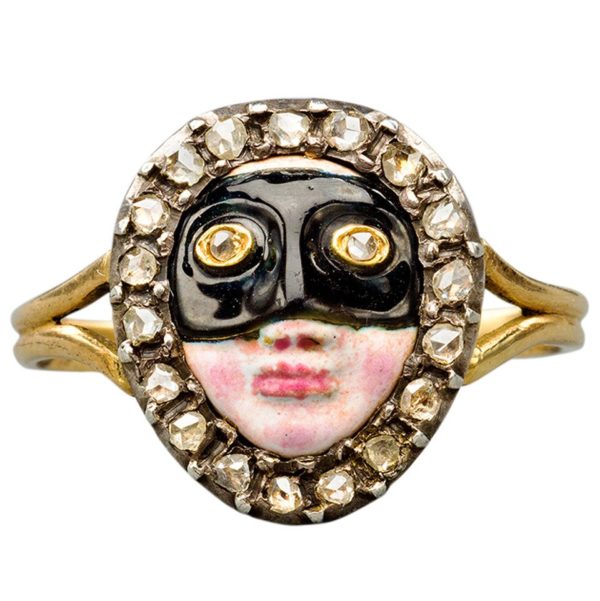 A lady’s face in enamel, with rosy cheeks and painted lips, wearing a black domino with rose diamond eyes, the border set with rose diamonds mounted in silver and gold. The reverse is designed as a gold shell.

Early mask jewels are very rare. This example is most likely French and from the 18th century. The mask or loup as it was known in Paris was a nightly accoutrement for wealthy coquettes. Already by the 17th century Paris had become the city of romance and intrigue. At night these flirtatious upper class femmes fatales would steal through the streets incognito, their eyes covered with a black mask to meet their paramours. (See engraving). Men would in turn shield their faces with a cloak. Honoré Balzac described it as a city of fleeting love.

See Joan Dejean, How Paris Became Paris: The Invention of the Modern City, 2014.