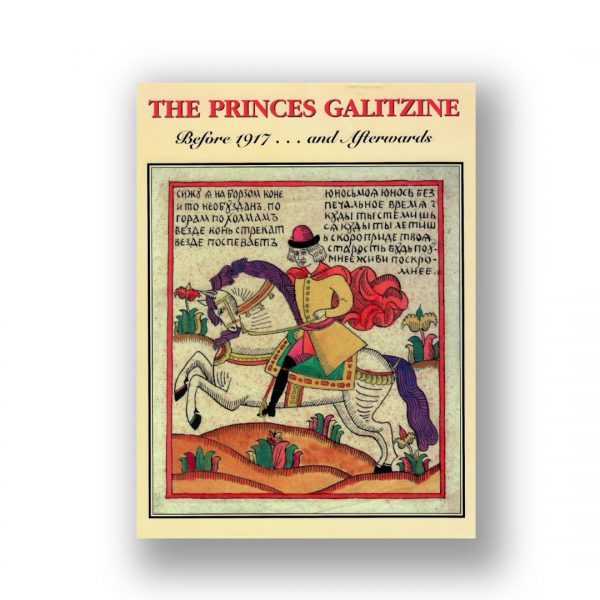 RARE BOOK: The Princes Galitzine before 1917… And Afterwards

Compiled and edited by Alexandre A. and Christine H. Galitzine. Free shipping within the US.  Enter “Free Shipping” coupon code on check out.

Written by members of the Galitzine family.  Compiled and edited by Alexandre A. and Christine H. Galitzine

Ever since the 15th century, the family of the Princes Galitzine has played a key role in Russian history – in the court, in the battlefield, and in the worlds of diplomacy, politics, arts, science, literature and religion. After the revolution the family was affected in many different ways. Most emigrated, others were murdered or disappeared during the 1920s and 1930s in Russia and some miraculously survive there, and flourished in the later Soviet era. Those who emigrated went all over the world, including France, England, the United States, Italy, Canada and Belgium. No longer eminent advisers to the Tsar or statesmen, they adapted sometimes well, sometimes badly, to their new work environment, becoming tourguides, antique dealers, taxi drivers, and accountants. The next generation produced wartime officers, businessmen, scientists, film directors and winemakers. Among the descendants who remained in Russia, there are several distinguished scientists, artists and writers.

This book has been a joint family effort. In addition to a substantial genealogical section, which builds on earlier research carried out by Jacques Ferrand, it contains an historical overview of the contributions of the family since the 15th century, a list of all the important ranks and positions held by the Galitzines from the 16th through the 19th centuries, a chapter based on new information from the KGB files on the Galitzines, arrested and murdered from 1917 through the 1940s, and a surprisingly prolific bibliography of literature written by family members. In addition, there is a chapter on family properties. The book is illustrated with over 1000 photographs and also contains a number of memoirs and anecdotes, most never before published.