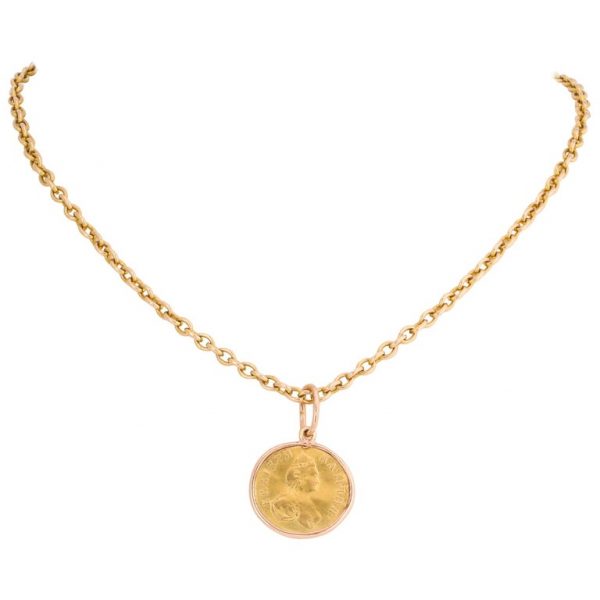 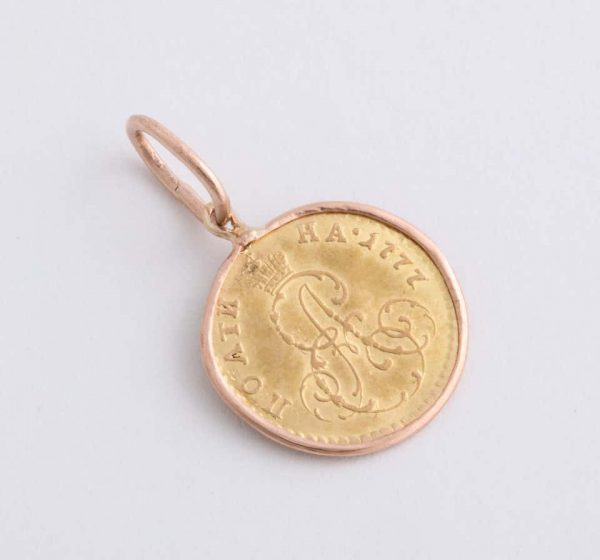 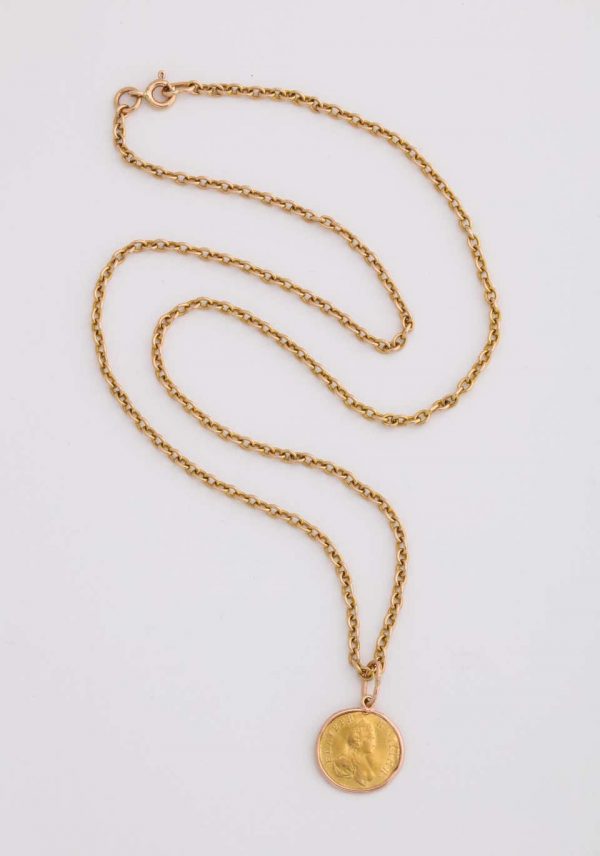 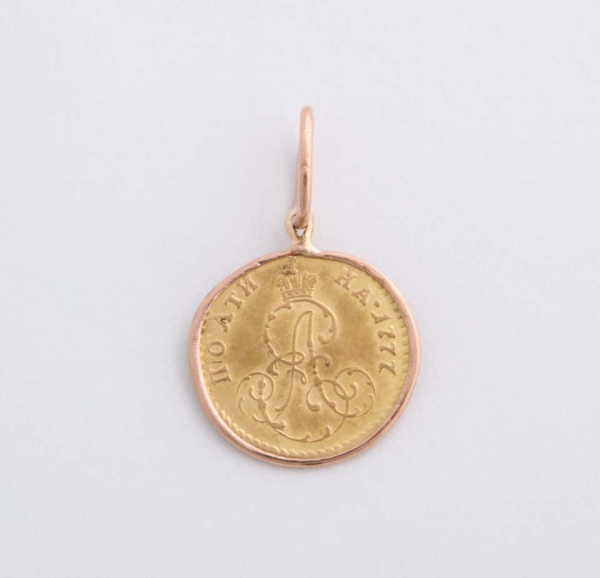 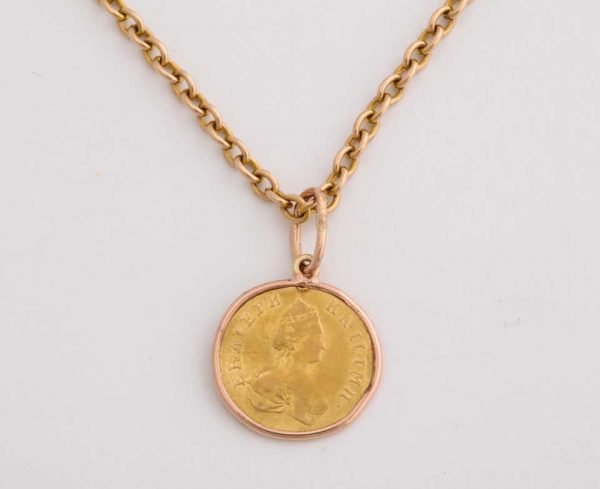 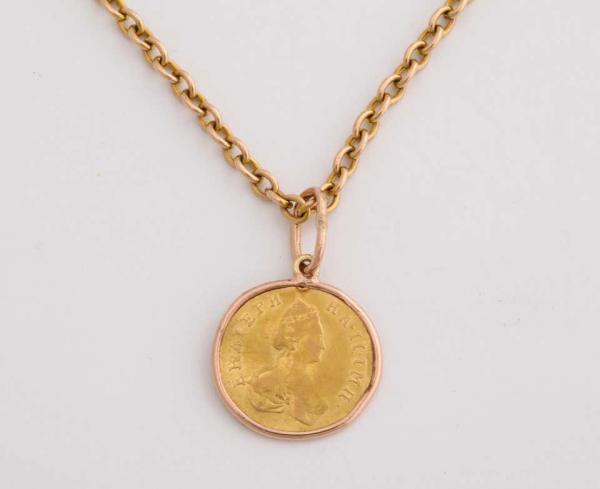 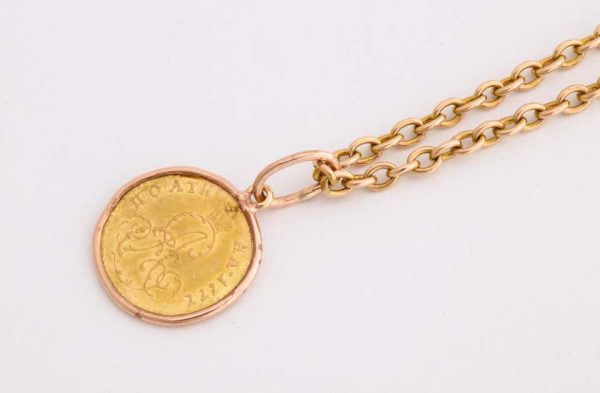 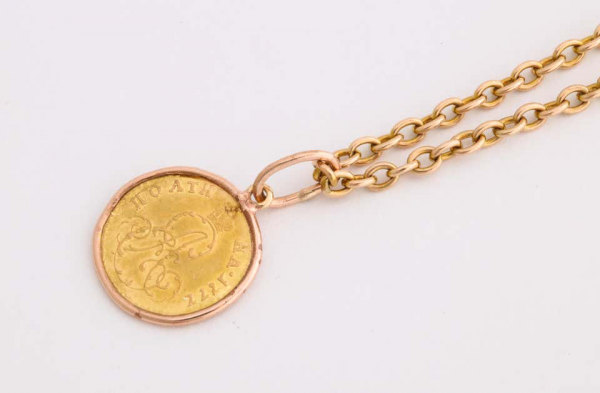 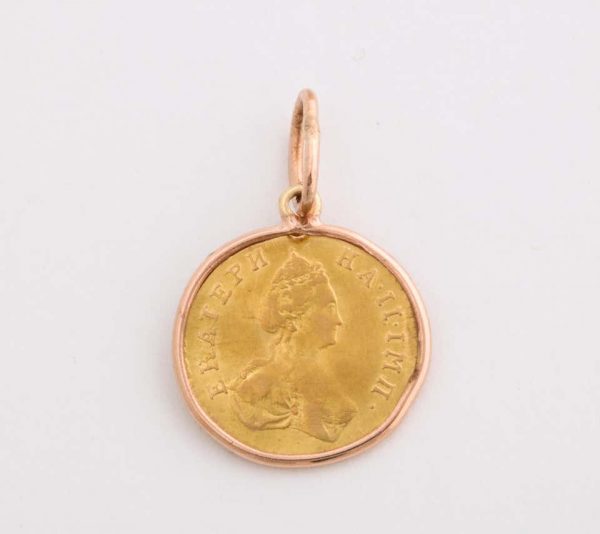 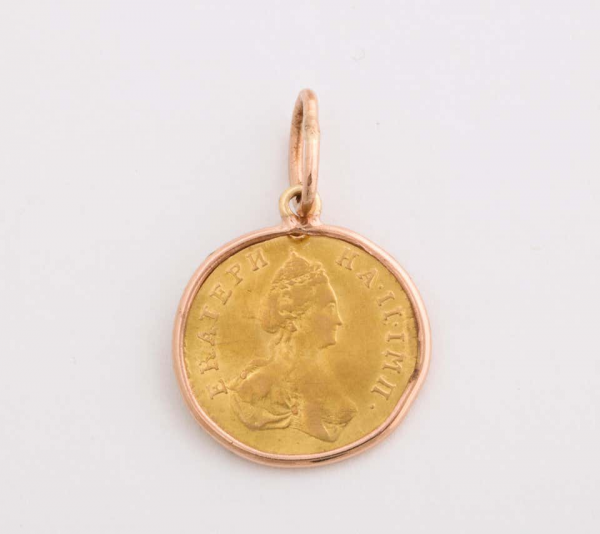 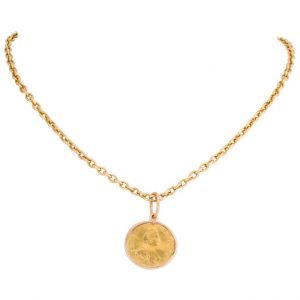 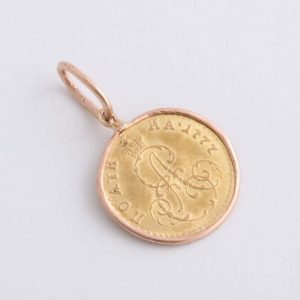 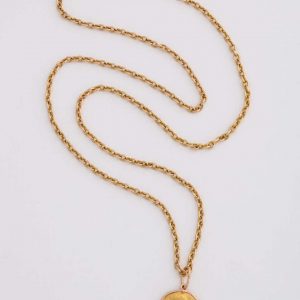 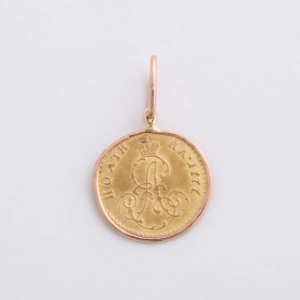 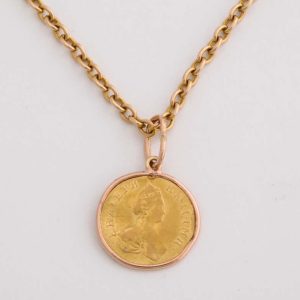 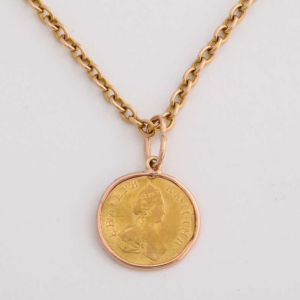 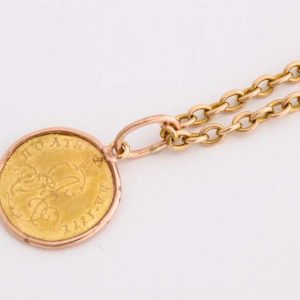 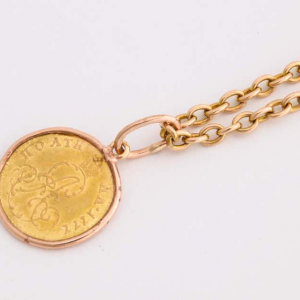 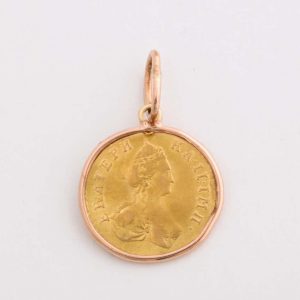 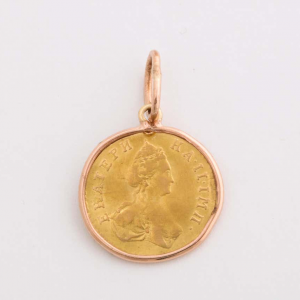 This gold coin was especially minted for the sole use of the Empress in court for card games with her courtiers. Introduced by her predecessor, Elizabeth Petrovna in 1756, Catherine issued the poltina only twice during her reign in 1777 and 1778. This coin was made only during these two reigns and is thus very rare.