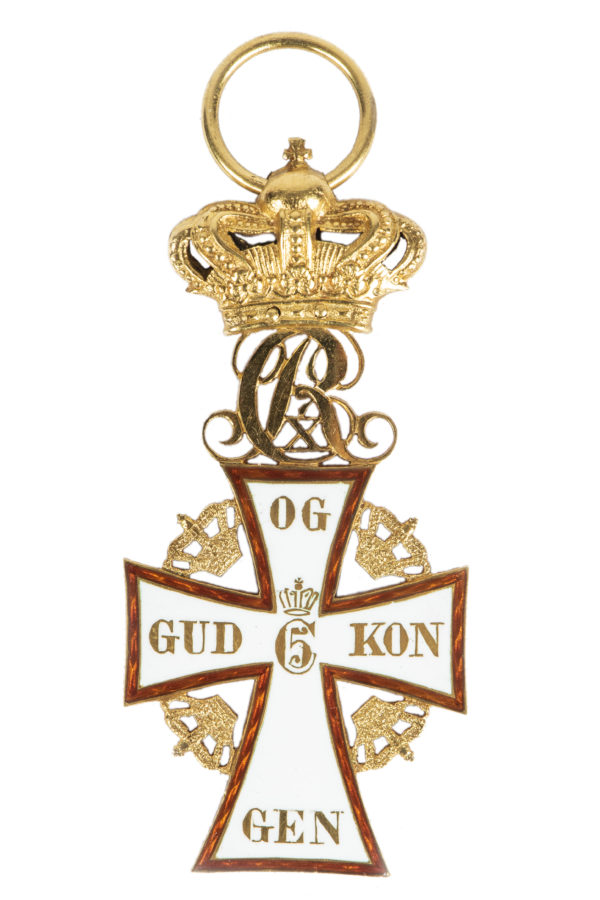 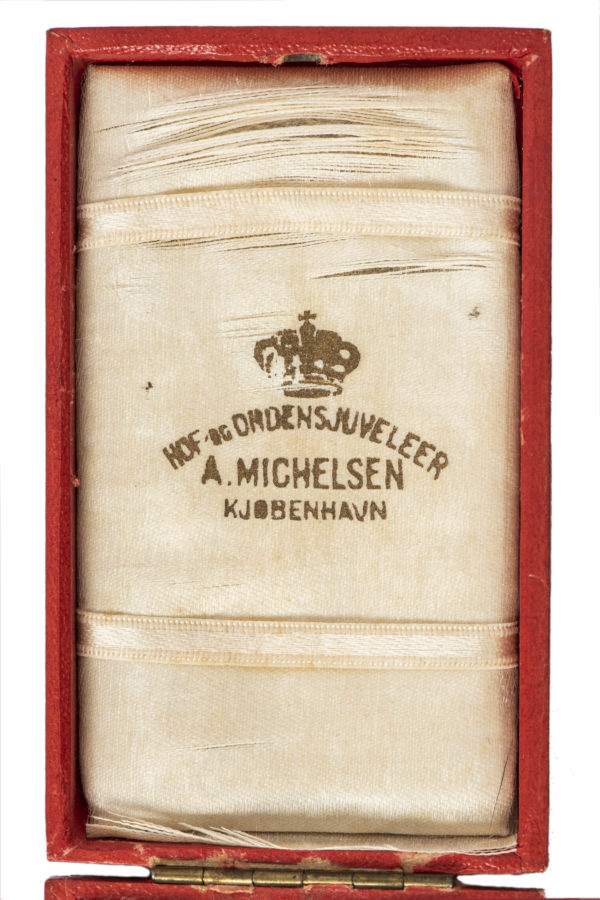 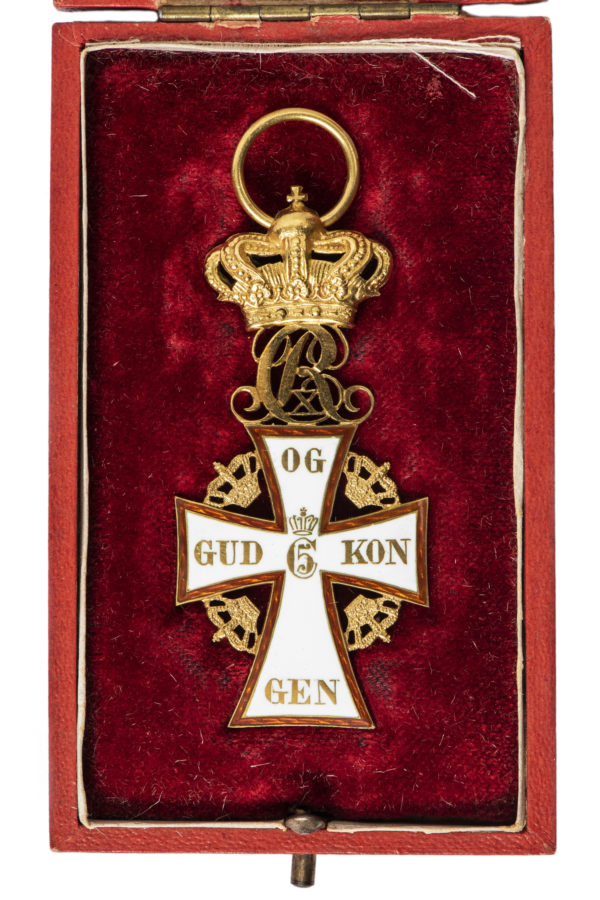 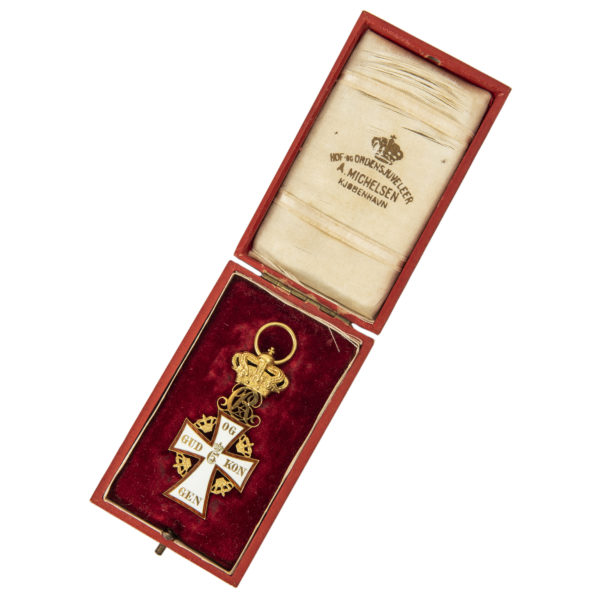 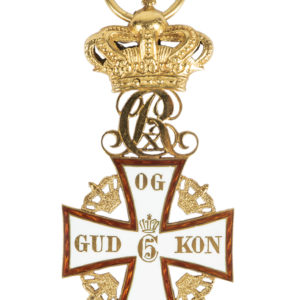 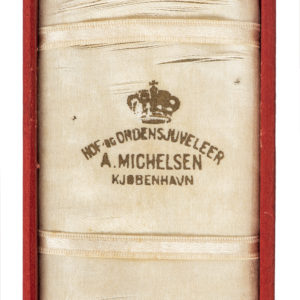 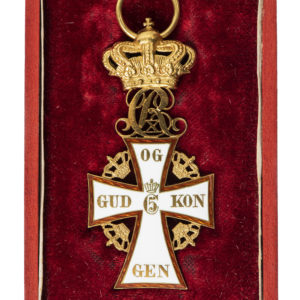 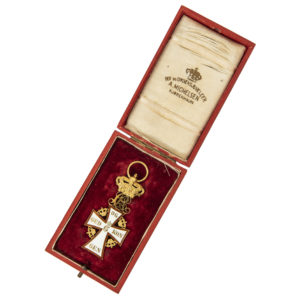 Danish Gold and Enamel Order of the Dannebrog

In 18k gold, a white enamel Commander’s cross bordered in red enamel by Michelsen of Copenhagen. Surmounted by the crowned initials C.X.R. for the reigning monarch, Christian X, King of Denmark, the front displays the motto of the order Gud og Kongen (God and the King). The reverse has the crowned initials of Valdemar II and Frederik VI and the years 1219, 1671 and 1808. Four Danish royal crowns are placed at intervals and the order is contained in its original case of issue embossed Hof Ordens Juveleer A. Michelsenand stamped with the eight-pointed star of the order.  In fine original condition, the order is a fine momento of one of Denmark’s great monarchs.

King of Denmark from 1912 to 1947 (and Iceland between 1918 and 1944), Christian X is fondly remembered by his people as an indomitable symbol of resistance to Nazi occupation during the Second World War.  The monarch’s reign began inauspiciously when in 1920 he defied his prime minister over a territorial question, leading to a constitutional crisis. By backing down and accepting a purely ceremonial role, Christian saved the House of Glüksburg, which still occupies the Danish throne. As befits his motto, “My God, my Country, my Honour,” the king’s stoic dignity under five years of German rule won him the deep affection of his subjects.